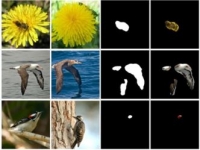 Nearest neighbor (kNN) methods utilizing deep pre-trained features exhibit very strong anomaly detection performance when applied to entire images. A limitation of kNN methods is the lack of segmentation map describing where the anomaly lies inside the image. In this work we present a novel anomaly segmentation approach based on alignment between the anomalous image and a constant number of the nearest normal images. Our method, Semantic Pyramid Anomaly Detection (SPADE) uses correspondences based on a multi-resolution feature pyramid. SPADE is shown to achieve state-of-the-art performance on unsupervised anomaly detection and localization while requiring virtually no training time.
Project ID : 47-2020-10918 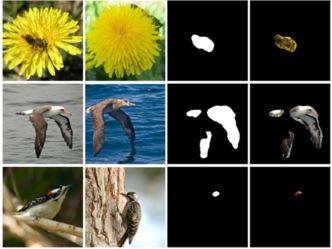 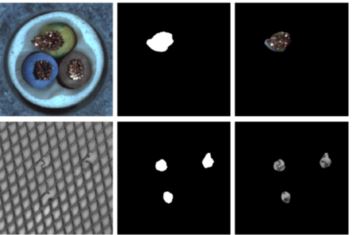 A key human talent is the ability to detect the novel images that deviate fromprevious patterns triggering particular vigilance on the part of the human agent.Due to the importance of this task, allowing computers to detect anomalies is akey task for artificial intelligence. An example of this as a real world application is fault detection at assembly lines in which the challenge would be to replace a human operator with computer vision solutions.

The algorithms for anomaly detection will be trained to deal with unexpected images that were unavailable during the training set.In addition, and in particular, for the visual anomalies detection – the localization of the part of the anomalous image segment is crucial for building trust between operators and novel AI systems.

Our researcher has developed a new method for solving the task of sub-image anomaly detection and segmentation. Our method does not require an extended training stage; it is fast robust and achieves state-of-the-art performance. The method has been extensively evaluated on an industrial product dataset as well as a surveillance dataset in a campus setting. Our method achieves state-of-the-art performance both on the image-level and pixel-level anomaly detection.

Fig. 1. An evaluation of SPADE on detecting anomalies between owers with or without insects (taken from one category of 102 Category Flower Dataset) and bird varieties (taken from Caltech-UCSD Birds 200). (left to right) i) An anomalous image ii) The retrieved top normal neighbor image iii) The mask detected by SPADE iv) The predicted anomalous image pixels. SPADE was able to detect the insect on the anomalous ower (top), the white colors of the anomalous albatross (center) and the missing red spot on the anomalous bird (bottom).

Fig. 2. (top rows) Anomaly detection on images from the Cable and Grid categories of the MVTec dataset

In the experiments conducted, the researcher compared the SPADE method against several methods that were recently introduced, as well as longer standing baselines such as OCSVM. For each setting, we compared against the methods that reported the suitable metric.

Anomaly detection is can be useful across an array of industries and for a variety of purposes, including IT and DevOps, manufacturing, healthcare, banking and finance, and in the public sector.

Real Time Edge Detection of Objects in Pictures and Videos, without Artifacts

Cluster8 A novel Recombinant leptin mutant acts as antagonist has a strong potential for pharmacologic agent for autoimmune and inflammatory diseases, cancers, and cardiovascular disease, among others. Substitution of two to