PROCESS TO OBTAIN DIMERS, TRIMERS AND UP TO POLYMERS FROM PYRIDINMETHANOL DERIVATIVES COMPOUNDS

The dimerization or polymerization reaction of pyridinic alcohols is carried out in order to produce novel products. The process is carried out in the absence or presence of some solvent, during the process of the current invention, temperature may be or may be not used as catalyst, in the process of the current invention the reaction may be or may not be catalyzed by the presence of a catalyst (acid or base), the resultant products can be produced and separated in an easy way, in the process of the current invention starting from pyridinic alcohols the resultant ethenediols can be produced by a single step reaction. The pyridinemethanol derivatives used as starting compounds, do not oxidize as easily and their handling is easier than that of other compounds. The products produced with etheneidol parts can be used as antioxidants due to their capacity to act as free radicals scavengers.

This application claims the benefit of Mexican Patent Application No. MX/a/2007/009292, filed Aug. 1, 2007, the disclosure of which is hereby incorporated by reference in its entirety.

FIELD OF THE INVENTION

The current invention is referred to the field of certain ethenediol products, as well as to the process to obtain them from pyridine derivatives compounds, it was possible to obtain these products as dimers, trimers up to polymers, which show characteristics as antioxidants due to their ability to inhibit free radicals.

BACKGROUND OF THE INVENTION

Benzoin type condensation is of interest, among other aspects, to: 1) in biochemistry as a model to form carbon-carbon bonds, 2) it is the classical example of specific catalysis, 3) the benzoin condensation shown in reaction 1 below is of organic chemistry relevance for it represents one of the first organic reactions whose mechanism was proposed by Arthur Lapworth. The mechanism is shown in scheme 1. The first step of the reaction is the nucleuphylic attack of the CN<−> ion to the C═O of the benzaldehyde to form a cyanohydrin, subsequently the cyanohydrin attacks, in a nucleophilic manner, another benzaldehyde molecule to form the corresponding benzoin.


The benzoin compound has the —COCHOH— group while the ethenediol compounds have the —(HO)C═C(OH)— group. Polymers with —(HO)C═C(OH)— parts have been prepared by polycondensation of pyridazine-2,3-dialdehyde, pyrazine-2,5-dialdehyde or from pyrimidine-4,6-dialdehyde catalyzed with KCN; the product obtained from these reactions is poly[di-1,2-(diazinilidene)ethene-1,2-diol], as shown in Reaction 3 below, (H. R. Wiley, U.S. Pat. No. 4,260,757).


The drawbacks of the reported procedure to obtain ethenediols are that they are obtained from aromatic aldehydes which, as is well known in organic chemistry, are easily oxidized and therefore have to be previously subjected to purification procedures such as distillation so that they could be used for these type of reactions. The formation of the polymers shown in reaction 3 is from aromatic dialdehydes which are compounds sensitive to air because they are easily oxidized and difficult to obtain for the series of steps involved in the process, furthermore in some cases they are expensive ought to be made in situ to avoid oxidation prior to dimerization. Also, the catalyst (KCN) and solvents must be removed after each reaction to obtain pure products.

From the reaction at high temperature between 2-pyridinecarboxaldehyde and 2-pyridinemethanol, without catalyst and solvent, the product is 2-hydroxy-1,2-(2-pyridyl)-1-ethanone(2), which is deemed to be unstable in solution. Subsequently, compound (2) treated with solvents such as cyclohexane or ethyl acetate produces 1,2-di(pyridine-2-il)etheno-1,2-diol(1) or 1,2-di(pyridine-2-yl)ethane-1,2-dione(3)(2,2′-pyridyl) M. J. Percino, V. M. Chapela, S. Romero, C. Rodriguez-Barbarin, F. J. Melendez-Bustamante Journal of Chemical Crystallography, vol 36(5), 303, (2006) as shown in Reaction 4 that follows.


Reactions identified as 4 and 5, show several disadvantages due to the fact that from the reactions between aromatic aldehydes in the presence of different pyridinemethanol derivatives are produced products such as compound (2) reaction 4, and that by changing the solvent the expected corresponding low molecular weight ethenediols and α-diketones (3) are produced, aside other compounds that are also produced in some instances, this is, there is a mixture of products.

The process of the current invention, named Percino-Chapela has as one of its main novel features that starting from pyridinemethanol derivatives, the dimerization or coupling of pyridinic alcohols reaction is carried out avoiding oxidation as is the case when the starting materials are the corresponding aldehydes. It is a one step process to obtain compounds having the ethenediol group —(HO)—C═C—(OH). The products are orange or brown powders which may indicate a high electronic conjugation in their structure and are soluble in cyclohexane, methanol and DMSO.

The present invention is directed to ethenediol products and a process to obtain ethenediols from pyridine derivative compounds. The various aspects of the invention are attained by providing a process for obtaining dimers, trimers, up to polymers from pyridinemethanol derived compounds, characterized in that it comprises reacting a compound of general formula (I) according to the following reaction:

wherein R stands for H or —CH3, in a coupling reaction, at a temperature of approximately 120 to 160° C., the reaction is catalyzed by temperature, the reaction time is approximately from 5 to 24 hrs., atmospheric pressure is used, the products are obtained by precipitation with a 2N NaOH solution, 2N HCl solution or H2O, and correspond to a general formula (III), having an appearance of yellow-brown powders.

BRIEF DESCRIPTION OF THE DRAWINGS

The following is a brief description of the drawings, in which:

DETAILED DESCRIPTION OF THE PREFERRED EMBODIMENTS

As far as the knowledge of the applicant goes, there is no precedent about polymeric structures that contain in their structure parts such as —C(OH)═C(OH)—, —CO—CO— or —COH—CO— and that are produced from pyridinealcohols, as well as some known to date chemical process that discloses the dimerization or coupling of alcohols.

According to the current invention pyridinemethanol derivatives are used for the first time to react them to form compounds with repetitive structural entities of 1,2-(2-pyridyl)-etheno-1,2-diols.

Sometimes it is necessary to add a catalyst when the reaction is very slow or when the product yield is low after a long reaction time. A catalyst such as pyridine, triethylamine or similar base is made to react along with the reactant in a molar relationship between 0.5-1 relative to the reactant to react. The reaction is not an instantaneous one, starting from approximately 1:30 hrs. color changes start, mainly from yellow, red-orange, brown and darker. The products are brown and orange powders, soluble in cyclohexane, methanol, and DMSO, with melting point within the range of 100 to 250° C. Which may indicate a high electronic conjugation in the structure.


When in reaction 8 the general compound (II) has —CH2OH as equivalent for R and this is the only reactant in the reaction, the result are products with general formula (V) the meaning of R1 being —OH or ═O and R2 being —OH or ═O, R1 and R2 being the same or different, when R1 or R2 is ═O the α bond is a single bond.

In order to illustrate the process of the current invention, the following examples of the uses of the invention are described below.

The current example refers to general reaction 6; it is carried out as a coupling reaction using as starting chemicalinitial 2-pyridinemethanol recently distilled, the reaction is catalyzed with temperature, the values of which are approximately 153 to 155° C. It is carried out under atmospheric pressure, for approximately 24 hours, pyridine is added as a catalyst in a molar ratio 1:1. The products corresponding to general formula (III) are obtained through precipitation with a solution of 2N NaOH, 2N HCl or H2O, they have got a yellow-brown powder appearance, which were characterized through the analytical techniques known as IR Infrared, Nuclear Magnetic Resonance NMR′H and mass spectrometry, in FIG. 1 the IR spectrum is shown, and in FIG. 2 that of the NMR. The evidence through IR which indicated the presence of the 1,2-di(2-pyridyl)-1,2-ethenediol in Example 1 (FIG. 1) was the band at 3448 to 3421 cm<−1 >assigned to the νO—H vibration, the band at 1180 cm<−1 >assigned to the νC—O vibration of alcohol, and the band at 1590 cm<−1 >assigned to the νC═N vibration of the pyridinic ring.

The Example refers to general reaction 7; to obtain oligomers, the molar relation used is 1:1 of 6-methyl-2-pyridinemethanol to 2-pyridinemethanol, the reaction is carried out at a temperature of approximately 140° C., at atmospheric pressure, for approximately 24 hours. The product is obtained when the solution is precipitated with 2 N NaOH, the product obtained corresponds to the general formula (IV), and it has a molecular weight in the interval of 228 g/mol. The product is an orange or brown powder, soluble in CHCl3, C6H12, cyclohexane and THF, with a melting point of 128-133° C.

Similar to Example 2, a reaction is carried out where the reactants molar ratio is 1:2 of 2,6-pyridinedimethanol with 2-pyridinemethanol. The reaction conditions used were: a temperature of approximately 140° C., at atmospheric pressure for about 24 hours, the resulting product corresponds to general formula (IV), and has a molecular weight of 243 or 333 g/mol depending on whether it is of two or three rings with terminal groups —CH2OH. The products are dark brown powders soluble in CH3OH and DMSO, with melting point of 200-250° C.

This is similar to Examples 1 and 2, the example specifically refers to general reaction 8, which is carried out using pyrindinedimethanols to obtain polymers such as: poly[2-hydroxy-(1,2-di(pyridine-2-yl)ethane-1-one], poly[1,2-di(pyridine-2-yl)ethane-1,2-dione] and poly[1,2-di(pyridine-2-yl)ethene-1,2-diol] with grade of polymerization n in an interval of 10-30 monomeric units, these are obtained as a brown soluble powder in DMSO with melting point between 161-164° C., by precipitation with 2N HCl solution, after a reaction time of 24 hours, reaction temperature of 140° C. at atmospheric pressure. The molecular weight is approximately between 2182-6422 g/mol.

The products obtained with ethenediol parts can be applied as antioxidants due to their capacity as free radical inhibitors. 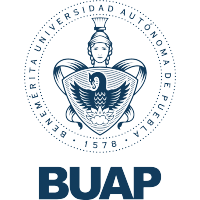 Public University with 527 full time teachers, recognized by the national system of researchers (S.N.I.), with a large contribution from documents of scientific divulgation in diverse areas of knowledge and presentation of patent documents, which occupies the third place in the ranking of universities in Mexico with the largest number of patent applications

SUPERFICIAL DEVICE FOR EMITTING ELECTRONS FROM AN ARRANGEMENT OF SILICON CARBIDE BARRIERS.