A new workflow, algorithmic approach and software tool to analyze LC/MS and NMR samples in metabolomics

A new algorithm is able to greatly increase the power of any statistical test based on Liquid Chromatography Mass Spectroscopy (LC/MS) and Nuclear Magnetic Resonance (NMR) based metabolomic data. This software tool is able to construct prediction models in an almost fully automatic fashion. Built models contain a critical pre-processing step that improves dramatically the results of standard prediction algorithms. Partners to further develop the system and/ or to establish commercial agreements along with technical cooperation are sought. 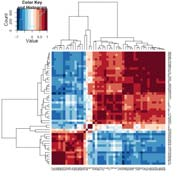 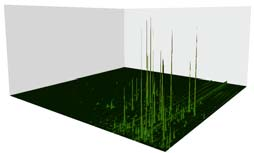 LC/MS and NMR devices are widely used in metabolomic studies to analyze biological samples (urine or blood for examples). LC/MS and NMR output files are analyzed using a wide range of statistical tools that makes the whole process highly time-consuming.
Additionally, there is not a standard statistical processing method either for LC/MS or NMR samples in metabolomics.

A new workflow to process LC/MS and NMR data files, has been developed. Using highly tuned peak aggregation measures on output data files; this algorithm improves the statistical power of the gathered data. As a consequence, better prediction results are obtained while maintaining the same experimental devices. This new algorithm is implemented in an almost fully automatized modularly designed software tool that allows performing metabolomic data analysis with almost no user intervention. A full data analysis can be run with just setting up some simple input parameters.

The algorithm and software workflow is developed.