Fastpath UD is the first proposal using for Layer two Shortest Path Bridging and unicast/multicast source rooted tree construction, without need of an additional (control plane) routing protocol and the simplest one. Provides very simple and performant Ethernet Shortest Path bridging devices Zero configuration. The group is looking for big companies or SMEs manufacturers of routers, switches. They also look for Ethernet switch manufacturers and investors on patent portfolios.The tasks to be performed of the partner sought would be the support in financial collaboration for international patent protection and for advanced, pure hardware prototype construction and validation

Fastpath UD is the first proposal using for Layer two Shortest Path Bridging and unicast/multicast source rooted tree construction, without need of an additional (control plane) routing protocol and the simplest one.

The group is looking for big companies or SMEs manufacturers of routers, switches. They also look for Ethernet switch manufacturers and investors on patent portfolios.The tasks to be performed of the partner sought would be the support in financial collaboration for international patent protection and for advanced, pure hardware prototype construction and validation

Universidad de Alcalá and Universidad Carlos III de Madrid offer the patent licence for protocols for Fastpath Ethernet switches, a new concept of simple and compatible all-links Ethernet switch that avoids link blocking by spanning tree and provides shortest path performance. It has been implemented successfully on Linux and Openflow/NetFPGA boards. We look for financial collaboration for international patent protection and for advanced, pure hardware prototype construction and validation.

Most current proposals for Advanced Ethernet Bridges and Routing Bridges use link state protocol to compute shortest paths or multiple shortest path spanning trees. Although Link state protocols like IS-IS are mature and have good performance, they require full topology knowledge and high computation. They also require synchronization mechanisms between the bridges before setting ports in forwarding state to adequately prevent transient loops. Fastpath (also known as ARP-Path) is a radical departure from this approach. It is a natural evolution of the transparent bridge paradigm to implement near shortest path bridging (or strictly shortest, depending on the loop prevention mechanism). Instead of interchanging topology information, short unicast paths and source rooted multicast trees are built directly in the data plane without any ancillary routing protocol, just by controlled flooding (to bridges or to hosts) of an on-demand or periodically broadcasted beacon frame. The fastest unicast path in transmission direction, among the paths permitted by the loop prevention mechanism, gets selected at every bridge. This path is then confirmed as a bidirectional, symmetric path, after reception of the unicast reply frame from the destination host or bridge(s). In this way, unicast paths and/or source rooted spanning trees are set up directly in the data plane. The proposed FastpathUD protocol prevents loops by enforcing a simple and limited prohibition of some turns of frames at bridges (down-up turns only, around one fifth of the total possible turns), instead of the full link prohibition applied by the spanning tree protocol. Throughput is close to that of shortest path protocols. Alternative mechanisms for loop prevention may be used to attain full shortest paths performance. The resulting architecture requires zero-configuration, uses standard Ethernet frame format, relies on standard Rapid Spanning Tree Protocol, is fully transparent to hosts with or without frame encapsulation, and compatible with 802.1D bridges in core-island mode

The principal potential of these tools lies in the use of very advanced algorithms of planning of mobile networks that allow to optimized the network from the point of view of the investment that has to be done by the operator. The current commercial models are usually based on small programmes done in Excell that evidently does not have the optimum potential of these heuristic developed in languages of high-level programming. These tools provide the necessary information to the cost model LRIC Bottom Up defined by the European Commission. Operators and governments of different countries already have used the tools that are described in this document. 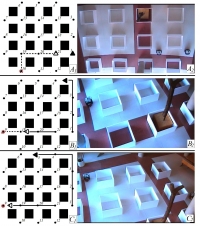