The machine was designed to disengage steel bars from prefabricated concrete sleepers manually, which allows to increase production, safety at work and to improve the technical properties of the final product. The stretcher has two benches that allow movement in two directions, longitudinal and trasnverse. The process is done in such a way that the four active screws are de-stressed at the same time, avoiding damages. 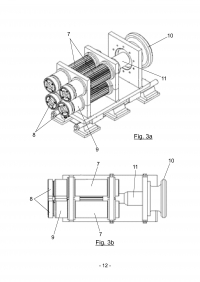 The machine was designed to disengage steel bars from prefabricated concrete sleepers manually, which allows to increase production, safety at work and to improve the technical properties of the final product.
The stretcher has two benches that allow movement in two directions, longitudinal and trasnverse. The process is done in such a way that the four active screws are de-stressed at the same time, avoiding damages. 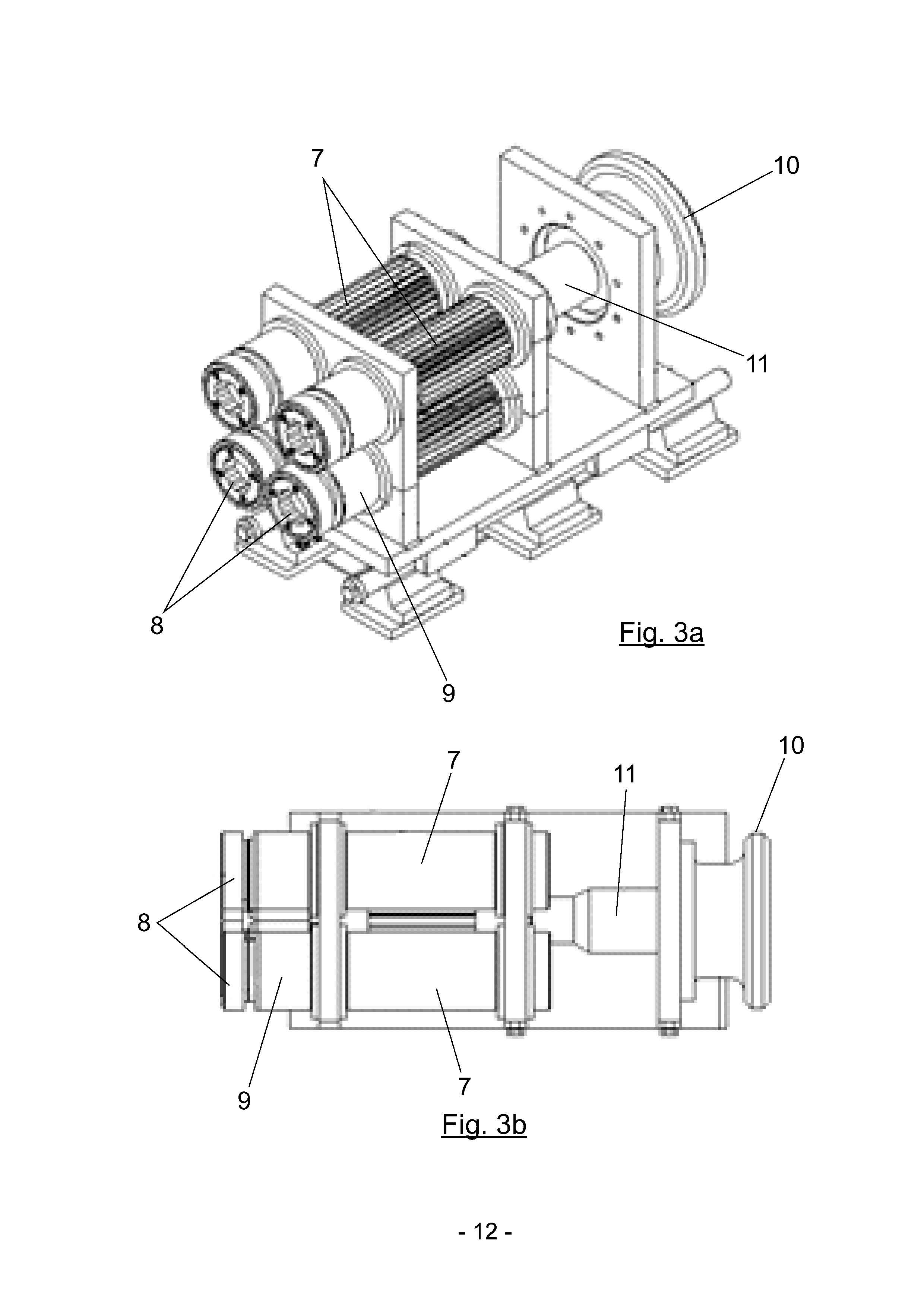 The proposed machine can be managed by only two operators without physical effort, by simply using a system of buttons located in a position that does not endanger the physical integrity of operators.
The de-tensioning of the active screws is carried out in such a way that when the threaded screws is first removed from the concrete, friction and damage are avoided to the crosspiece. The system is designed to allow the four active screws to be simultaneously de-stressed, which avoids differences in stresses, thus preventing breakage of any parts.
The machine works at a speed according to the existing work line without changing its speed during the whole process.

The invention is about a method of constructing vertical large wells, which are excavated by bivalve spoons, and are composed with an inner cladding based on cylindrical rings of reinforced concrete. The invention is especially intended for the excavation of wells in soils with clayey or silty layers, which do not easily disintegrate and therefore make it difficult to lower the cylindrical rings which will form the inner coating or cladding. 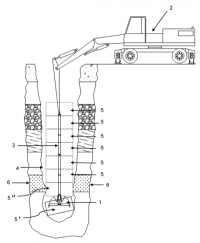 Vibroacoustic spectrometry system for the non-destructive analysis of materials

The research group "Radiation and Sensing Group" of the University of Alcalá presents a system of non-destructive analysis of materials and structures, by spectral study of the indirect vibroacoustic excitations of the materials analyzed. By means of this system it is possible to perform in situ the analysis of materials and structures without previous treatments, solving with that the need to use coupling liquids that the current ultrasonic based systems currently use. The group seeks to reach licensing agreements, collaboration agreements or commercial agreements with technical assistance, with companies from the agrofood, pharmacy, construction, ceramics, wood, cork and other materials sectors.

The technology consists of an original industrial process by which natural materials can be turned into products with hydrophobic oil adsorbent properties. The captured oil can be extracted and recycled, and the product can be reused several times over. These products can be developed as powders or granules with varying levels of hardness, water resistance, size, and density for diverse set of applications. 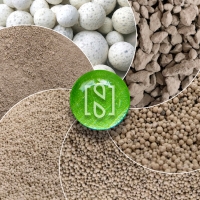 Center for Technology Transfer and Commercialization of Novosibirsk State University posted this:

At the University and Research Institute (Russia) power-saving and resource-saving methods of receiving and purification new organic semiconductor materials are developed. These materials can be used as active environments of devices of organic electronics – light-emitting diodes, transistors and the light-transistors with the improved performance characteristics. Developers look for partners for joint research projects, creation of industrial samples and search of technical applications.

New test for components subjected to high pressure (up to 6000 bar)The subject of the offer is new nonlinear optical materials for use in optoelectronics, optical devices and components.Device for passive supression of vortex-induced vibrations (VIV) in structuresArtificial vision system for the semaphoric control of the access to parking and garages, through the monitoring of pedestrians.

Sign in to Innoget to connect with University of Huelva and other leading innovators and researchers that matter.