The strategy for transformation is extremely simple and does not involves subcloning the gene of interest in any vector. The kit is not based on specific promoters or regulatory DNA sequences, thus it can be applied to many different plant species, from unicellular microalgae to higher plant protoplasts. Since the strategy is not based on specific promoter or regulatory DNA sequences, only the marker and the gene of interest sequences are inserted in the microalgal genome, avoiding the introduction of undeserible DNA sequences in the transformant strain. This is very important given the concern that transfer of exogenous DNA through transgenesis causes in the public opinion 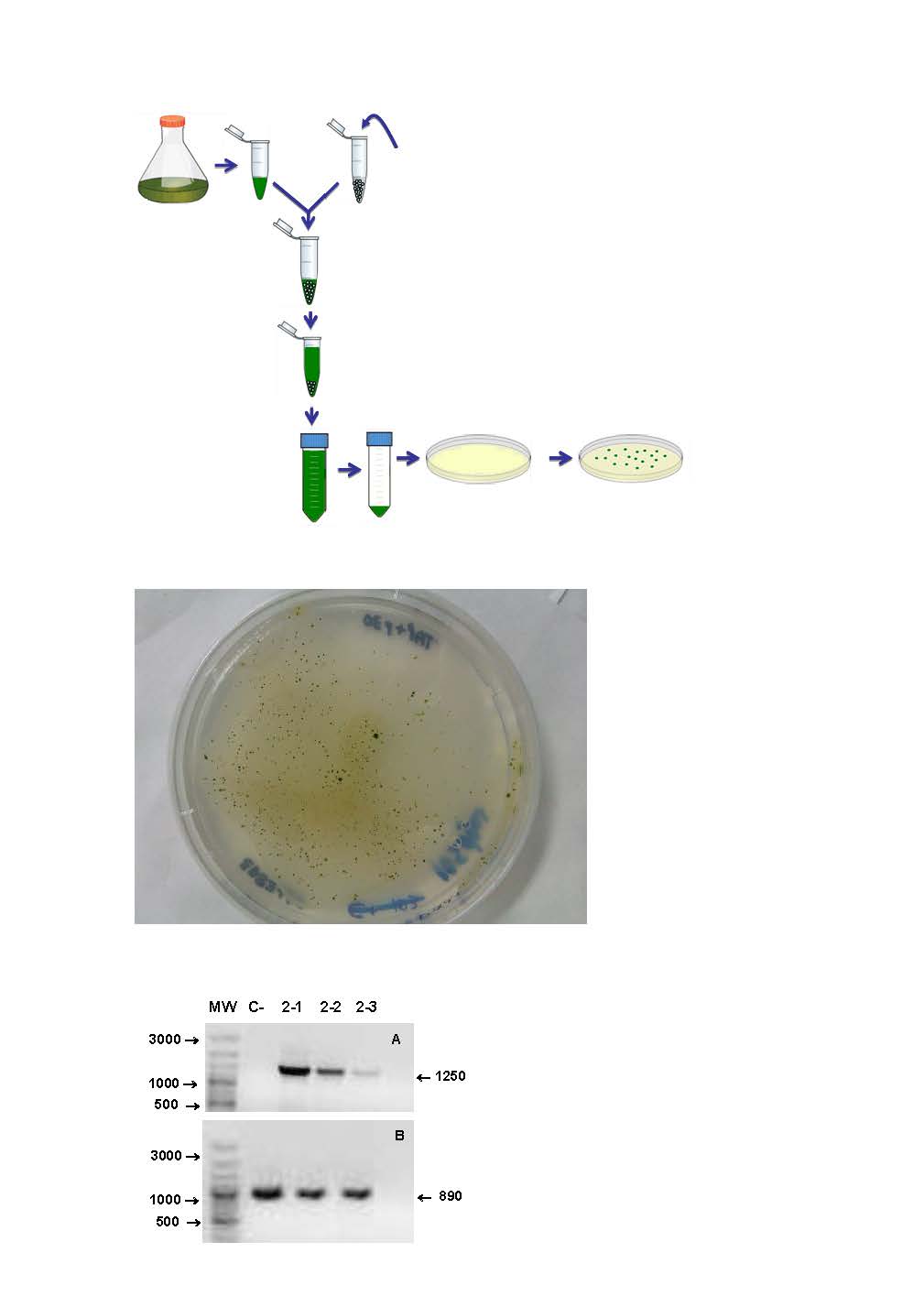 The invention relates to the field of microalgae genetic transformation and describes a strategy for producing “transgenic microalgae” that contain almost exclusively the “gene of interest” with no vector or regulatory sequences. Expression of the gene of interest in transformants obtained by this strategy is very stable and high expression levels can be achieved. The strategy can also be applied to other plant cells.

The choice of highly active endogenous promoters is a critical step in the development of efficient transformation systems in microalgae. However, the physiological and genetic diversity among microalgae groups makes very difficult to develop standard universal plasmids with regulatory regions optimized for a wide number of microalgal species, as has been achieved for higher plants. Here we propose a new approach to express transgenes in microalgae: cotransformation with two naked promoter-less genes, a selectable antibiotic-resistant gene and a gene of our interest, which are randomly inserted into the nuclear genome where their transcription relies on their adequate insertion in a region adjacent to an endogenous genomic promoter or in frame with a native gene. We have observed that in a high percentage of the transformants obtained both, the selective gene and the gene of interest are, not only adequately incorporated in the nuclear genome, but also efficiently transcribed and translated