The effect of a clock glitching attack over the I2C communication process between master and slaves could have serious consequences in robot and control industrial system. This inhibitor is capable of detecting and defending

The effect of a clock glitching attack over the I2C communication process between master and slaves could have serious consequences in robot and control industrial system. This inhibitor is capable of detecting and defending attacks against to the clock signal in the I2C

The sensor consists of four blocks: a transition detector, to detect a new transition during signal monitoring and to begin the measurement of the frequency; a local oscillator, to avoid similar attacks on the sensor; a measurement block, to measure the frequency as pulses of the local oscillator; and an output block, to generate the response of the sensor. The response of this sensor is to regenerate the clock signal when its frequency is out of the allowed range

As far as the inventors know, there are no similar devices in the market. There are some preliminary academics studies considering some general strategics for preventing hardware attacks. However, defence against hardware and clock attack in the I2C protocol have not been considered until now.

With this system, I2C Industrial actuator will be free of clock attacking. This system is easy to implement, even in robot and controller with traditional I2C slaves

By means of this technology, robot and industrial controllers that use I2C protocol to to control actuators will be sure, avoiding the possibility of suffering serious damages due to possible attack on the clock signal. The use of this inhibitor, prevent users from expensive expenses on changing their current control architecture

This Inhibitor can be applied in many different areas related with robotics system and automatic control. Particularly mobile robot involved in critical operations can use the inhibitor to avoid external interference in the trajectories they perform during the execution of its tasks. Similar reasoning can be made in the case of industrial robotics arm 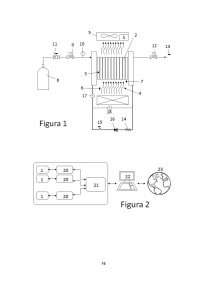 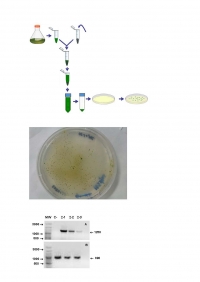