Environmentally friendly preparation of thermosets for applications on thermosensitive substrates.

A two-step curing process, which consists in an Aza-Michael addition at room temperature, followed by UV radical polymerization of acrylates or methacrylates amine formulations without the need of adding solvents.

The presence of amines in the structure suppress the radical inhibition by oxygen, which is a typical drawback in radical polymerizations.

The invention allows leading the curing in two separate stages with a stable intermediate material, being the process controlled by the amount of amine in the formulation. 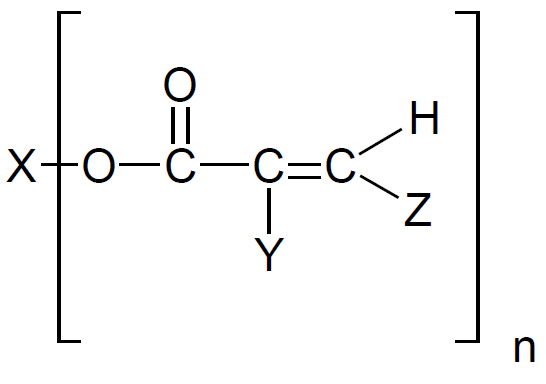 The curing of the formulations is done in two different steps and can be performed at room temperature. The first stage consists in the addition of non-aromatic amines or polyamines to vinyl compounds conjugated to electronwithdrawing groups by an aza-Michael addition. The second stage, vinyl polymerization thermally or photochemically induced, is not inhibited by the oxygen in the atmosphere, allowing its application in discontinuous manufacturing processes and reaching highly crosslinked materials.

The Technology Transfer and Innovation Center (CTTi) meets from the University environment the technological needs and services generated by the productive sectors and administration, through the management of Transfer of Technology and Knowledge, the Intellectual and Intellectual Property management, Technology Watch, Entrepreneurship, and Technology Infrastructures Offer (business incubator).

Send a request for information
to Fundació URV