A research group from a Spaniard university has designed a new system based on optimal control technology for Air Traffic Management (ATM). The new approach is mainly characterized by its adaptability capacity in situations where there are more than two aircrafts. Potential collaborations with international/national research centres and companies interested in applying the technology are sought.

A research group from a Spaniard university has designed a new system based on optimal control technology for Air Traffic Management (ATM). The new approach is mainly characterized by its adaptability capacity in situations where there are more than two aircrafts. Potential collaborations with international/national research centres and companies interested in applying the technology are sought.

The developed technology for being applied to aircrafts in order to perform an Air Traffic Management (ATM) is cost-effective and robust against changes in the environment or in physic structure of the platform. One of the pillars of the new technology is the lack of mathematical models for the performance of control and, instead, it uses the experience gained through interaction with the environment, the platform and communication with other aircrafts.

-Easy transfer of technology due to the maturity achieved with the new approach in other areas.

The technology offered by this group, is able to perform Air Traffic Management (ATM) on aircrafts of an optimal way according to specific optimization criteria (e.g. minimum time).

The basis of the research carried out by the SRG Group is to consider two areas of interest. A first area called critical, and a second-limits to certain aircraft. The first zone has a volume greater than the second and will be where the aircrafts arrive first, according to their path. The new technology works as follows way: The first aircraft that comes into the critical zone will not modify its trajectory. However, for the second and successive will apply the new technology to alter its trajectory of an optimally and minimally way, to avoid any possible collision in the second zone.

It should be noted that if the trajectory of an aircraft has to be changed, this will be done in the critical region. Also, as stated above, the trajectory of the first aircraft, coming into the critical zone will not change. Therefore, this aircraft will not apply any control. However, for the second and successive aircrafts, an optimal control in real-time will be applied.

The alteration of the trajectory of an aircraft implies a communication with other aircrafts in order to know their particular trajectories, and in this way, avoiding possible collisions. In order to modify a trajectory, first it is necessary to set a reference location inside critical region. This location will be an obstacle region, for the second aircraft and thus, it will have to dodge it optimally. On the contrary, for the first aircraft, it will be a free region. However, two obstacle regions are considered, for the third aircraft: the same than the second plus the region that second creates for avoiding the first one. This reasoning can be applied to the fourth aircraft and subsequent.

The aircrafts are characterized by so-called state variables and the procedure carried out by the new technology is to act on the aircraft through control actions in order to modify its current state. Therefore, the set of state variables and their values range constitute the so-called state space which will be the scope of the new system. Due to the dynamics of the aircrafts is continuous, it is necessary to consider a discretization of the state space when finding optimal controllers. Thus, the concept of cell arises, and the obstacle regions mentioned above are composed of several cells.

Applying the new technology that the SRG Group has developed lets us have an available system, which is very robust against changes in the environment or in physic structure of the aircraft. In order to achieve this robustness, it is necessary to perform a learning that takes into account of an implicit way these possible changes and is able to know the dynamics of the aircraft in real-time. From this learning, the system shall perform optimal navigation planning for changing the original path and in this way, avoiding any kind of collision. Also, the new approach is a closed-loop solution and learning is focused on reaching a specific goal (dodging the reference location inside critical region) starting from any origin state (when coming into critical region), according to an optimization criterion. The origin and goal states are characteristic states from a point of a dynamical of the aircraft view.

In this way, the aircraft learns the dynamics and kinematics from the experience in real-time without any kind of explicit mathematical models. Thus, the implementation of the new technology consists of learning the dynamics of the aircraft and performing optimal control of a concurrent way. The great advantage of the concurrency is to adapt the controller while it is being applied and, thus, achieving a behaviour that comes close to optimum.

The developed technology for being applied to aircrafts and satellites in order to perform attitude optimal control is cost-effective and robust against changes in the environment or in physic structure of the platform. One of the pillars of the new technology is the lack of mathematical models for the performance of control and, instead, it uses the experience gained through interaction with the environment and the platform. As a consequence of the internal behaviour of the technology, the new system is not sensitive to sampling period used.

A Spanish research group from the Department of Signal Theory and Communications of the University of Alcalá along with a Spanish research group from the Department of Mechanical and Mining Engineering of the University of Jaén has developed a portable optoelectronic device to measure the displacement of each surface element in an object when is subjected to deformation. In particular, the device allows obtaining maps of long range displacement (greater than mm) in dynamic regime (in real time). Thus this system is very useful in the experimental study of the materials’ mechanical properties, especially if they suffer large deformations at high speed. It is a computationally simpler alternative and more inexpensive than the digital mapping technique for 3D images which is currently the only one allowing such measures. The group seeks licensing agreements, collaborative and commercial agreements with technical assistance. 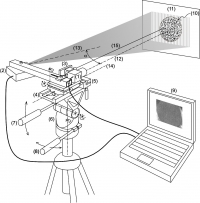 A research group from a Spanish University has designed and implemented a new system based on a technology able to perform optimal navigation planning in aircrafts. The new approach is mainly characterized by its autonomously learning capacity and adaptability to changes in the dynamics of the platform and environment. Potential collaborations with international/national research centres and companies interested in applying the technology are sought.

Intelligent Transport System for the optimzation of indoor shared resources: routes, communication channels and sensor networks.DriveSafe: App that monitors and scores your driving, generating alerts when it is not safe.Altimeter based on radar, inertial and atmospheric pressure systems for aerial, acrobatic and unmanned vehicles.Intelligent regulation system of pedestrian crossings by monitoring the waiting areas and adaptive traffic light control