CSIC has synthetized and studied unknown polyphenolic compounds possessing high antioxidant activity, comparable and in some cases even higher than those of known natural polyphenols, as resveratrol and hydroxytyrosol. We are seeking for Pharmaceutical, Biotechnological, Food or Cosmetics companies interested in developing and marketing these compounds as drugs, cosmetics ingredients or dietary supplements under patent licensing. An offer for Patent Licensing

CSIC has synthetized and studied unknown polyphenolic compounds possessing high antioxidant
activity, comparable and in some cases even higher than those of known natural polyphenols, as
resveratrol and hydroxytyrosol.

We are seeking for Pharmaceutical, Biotechnological, Food or Cosmetics companies interested in
developing and marketing these compounds as drugs, cosmetics ingredients or dietary supplements
under patent licensing. 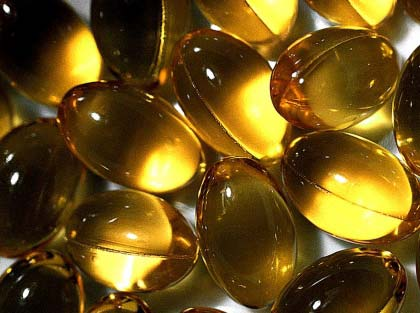 Use in cosmetics and food industry

An antioxidant is a molecule that inhibits the oxidation of other molecules. Oxidation is a chemical reaction that can produce free radicals, leading to chain reactions that may damage cells.
Diets containing foods high in antioxidants have been shown to improve health.
Oxidative stress can be considered as either a cause or consequence of some diseases:
cardiovascular and neurodegeneration diseases, stimulating drug development for potential antioxidant compounds for use as treatments. Antioxidants have many industrial uses, such as preservatives in food and cosmetics and to prevent the degradation of rubber and gasoline.
In recent years polyphenols have gained interest for its beneficial properties particularly as antioxidants.
Because their important applications it is interesting to find new compounds with high antioxidant capacity higher than other compounds already described, such as hydroxytyrosol, which is a component of olive oil, considered one of the most potent natural antioxidant known, or resveratrol present in grapes and wine, also with a high antioxidant capacity.
Antioxidants have a variety of applications in industry. In food and cosmetics they are used as additives and preservatives to maintain product quality and extend its half-life. Since antioxidants are chemicals that protect cells by neutralizing damage caused by free radicals, they are also used in cosmetics for retarding skin aging. They are added to fuels, lubricants and polymers to prevent oxidation. It is also known that cellular damage caused by free radicals and reactive oxygen species are behind a variety of diseases, including several cardiovascular problems, the metabolic syndrome, neurodegenerative diseases and cancer. A large number of experimental evidences indicate that antioxidants have beneficial effects on these diseases.

· Small organic molecules (MW: 253-285) · Simple synthetic procedure in only two-three steps.
· Great antioxidant potency (ORAC: up to 29 μmol Trolox/μmol purecompound) · Potential application in cosmetics against skin-aging.
· Potential use as preservative or supplement in food industry.
· Potential use as drugs for the prevention or treatment of oxidativestress related diseases, such as cardiovascular diseases, metabolicsyndrome (obesity or diabetes), inflammation, neurodegenerativediseases and cancer.

The main innovation of this invention is: • This novel photobioreactor combines the mechanism of a bubble column with the air-lift type for higher biomass production than that obtained for both systems separately.

Subject of this offer is the preparation method of silver nanoparticles suspension by reduction of silver salt by using reducing agent of natural origin and in the presence of a stabilizer. In this method, the following reducing agents are used apiproduct or extract of amber. The obtained nanoparticles can be applied in various industries, but the largest future is in the medical area, and as ingredient in cosmetic compositions due to the presence of non-toxic ingredients.

The present invention relates to a process for the preparation of nanosilver and nanogold using an aqueous extract of dog rose, white grape and knotweed. Substances which were extracted from these plants act both as reducer of silver and gold ions and stabilizing agent of forming silver and gold nanodispersion, preventing them from agglomeration and inhibiting their growth, so that the resulting particle size does not exceed 100 nm.

A technology based firm, set up by researchers of Alcalá University, has developed a procedure to obtain active principles from Aloe leaves. With this procedure, a product with pharmacological, cosmetic and nutritional use is obtained. The resultant product could have therapeutic and/or food properties. Toxic compounds as phenols are removed. The researchers are interested in join venture and/or manufacture agreements.

Procedure for the extraction of biosurfactants contained in corn steep liquors

Nowadays, most of the pharmaceutical and cosmetic products in the market contain chemically synthesized surfactants in its composition. In many cases, these surfactants are the same as those used in regular cleanup activities. In order to get more natural and biocompatible products, it would be interesting to include natural surfactants instead of chemical surfactants in the preparation of these pharmaceutical and cosmetic products. These biosurfactants are also present in the formulation of greener nanoparticles, replacing the chemical surfactants currently used in the preparation thereof. Most biosurfactants have antimicrobial activity, which would improve the properties of certain nanoparticles, as well as many pharmaceutical and cosmetic products. The main disadvantage of biosurfactants industrial production is related to the high cost compared to chemically synthesized surfactant production. The solution proposed by the Chemical Engineering research group at the University of Vigo, is the development of eco-friendly simple extraction of biosurfactant from a corn wet-milling industry byproduct, such as corn wash liquors, better known as "corn steep liquor (CSL)", which could compete in terms of cost production with its chemical counterparts.

Manganese-lactoferrin complex stimulating the growth of probiotic bacteriaMethod based on a nutritional intervention to fight coccidiosisThe new lupeol derivative and the method of obtaining.Identification of high performance green solventsHolographic sensor for detection of adulterants in essential oils