The research group in Photonic Engineering from Alcalá University, in collaboration with CSIC, offers a mode-locked pulsed laser whose optical resonator comprises a saturable absorber based on nitrides of group III. The use of this type of materials as saturable absorber allows to achieve a high stability and emission energy without increasing the complexity of the system.

Its applications cover areas as diverse as medicine, industry, optical communications and scientific research. The group seeks for companies in these sectors to sign technical cooperation agreements, commercial agreements with technical assistance or patent licensing agreements. 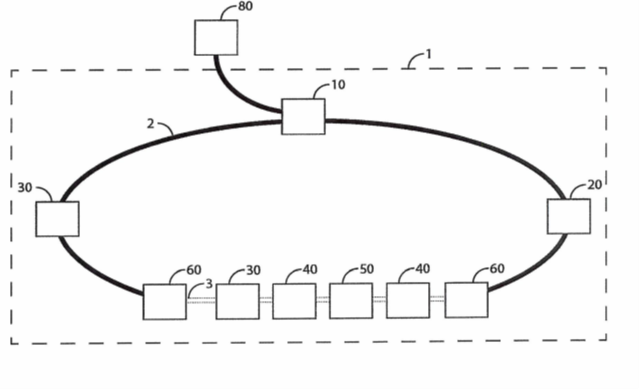 The nitride of group III is selected from one of the following subgroups, being able to comprise elements of several subgroups in order to configure the wavelength and emission power of the device:

- Ternary compounds of gallium nitride and indium nitride, such as InGaN.

- Ternary compounds of aluminum nitride and indium nitride such as AlInN.

The emission wavelength of the pulsed laser is in the range of 450nm to 5μm. In other words, the resonator and the saturable absorber are configured to generate electromagnetic radiation at any wavelength between the visible spectrum, the near infrared spectrum and the medium infrared spectrum.

Regarding the format of the saturable absorbent within the resonator, several options are contemplated:

- A monolithic medium, which allows access to different spatial configurations for the interaction of the radiation and the saturable absorbent.

- A thin film, which allows its development on suitable substrates and with different deposit techniques.

- A waveguide, to facilitate integration of the absorbent into complex structures as well as access to different planes of incidence when the absorbent is deposited in the form of a thin sheet.

- A heterostructure that comprises quantum wells, quantum dots and / or quantum wires to optimize and control their response time and their non-linear optical response.

As for the disposition of the elements within the resonator, two preferred geometries are contemplated:

- A ring resonator: laser radiation acts only once as the saturable absorbent in a complete path through the resonator.

- The resonator in one or more reflective elements: the laser radiation interacts twice with the saturable absorbent in a complete path through the resonator.

Also preferably, the resonator may be a resonator without polarization control. That is, the use of some nitrides of group III, such as those based on InN / InGaN or InN monolithic, allows to operate independently of the beam polarization state, which simplifies notably the design and control of the operation conditions of the resonator.

Where : The patent has been requested to the Spanish Patent and Trademark Office on June 6, 2016