The detection of explosives in gas phase crucial both in the field of civil security and forensic chemistry, i.e., in determining the explosive used in terrorist attacks.
This technology describes the development and use of an array of three solid fluorescent sensory films for the selective detection of gas phase nitrated explosives. The statistical analysis of the data obtained from fluorescence spectroscopy of the three films in contact with the atmosphere containing explosive traces allows for the differentiation of not only the explosives from non-explosive similar compounds (explosive mimics), such as 1-chloro-4-nitrobenzene (ClNB) , 2-nitro-m-xylene (NX), 1,3-dinitrobenzene (1,3-DNB), 2-nitrotoluene (2- NT), 4-nitrotoluene (4-NT ) and 2,4- dinitrotoluene (2,4-DNT), but also the unambiguous distinction between a set of nito-explosives, such as TNT (2,4,6-trinitrotoluene), cyclotrimethylenetrinitramine (RDX), and pentaerythritol tetranitrate (PETN). 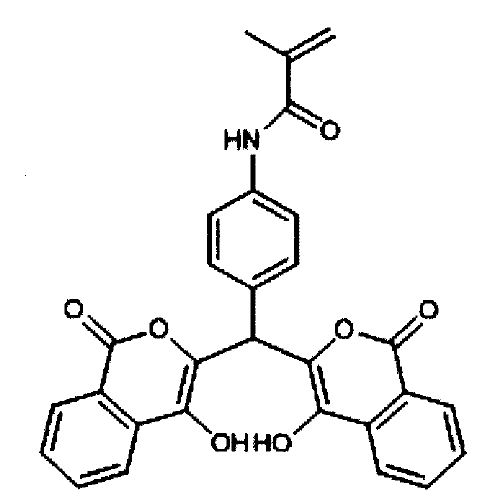 Novel solid polymeric materials which allow for the detection and differentiation of non-explosive nitro-compounds from nitro-explosives (TNT, RDX and PETN) by the mathematical processing of spectral changes in fluorescence associated to the presence of vapor of these compounds.
With respect to other known solutions represents a step forward in terms of economy of use and ease of application because nowadays technologies are sensitive and selective, e.g., ion mobility spectrometry (IMS) and gas chromatography (GC), require expensive equipment and costly maintenance.

Inexpensive technology for detecting explosive vapors. It is based on a system of sensory films whose fluorescence changes in the presence of explosive vapors. Allows not only for the detection of explosives but also their differentiation and discrimination of similar non-explosive compounds.

Solid polymeric materials for the fluorogenic detection of nitro-explosives based on new vinyl monomers.
The polymerization of these monomers with others, including polyfunctional monomers, renders dense films or membranes, materials with good mechanical properties in both dry and swollen state, which behave as fluorogenic sensors for nitroderivatives solid vapor explosive compounds TNT, RDX and PETN. Furthermore, the combined use of these sensors in a sensor array and the statistical treatment of the data obtained from its use allow for the selective detection of these compounds and their differentiation from interference or explosive-mimics.