Compounds for the treatment of Leishmaniasis and other diseases caused by trypanosomes.

Several compounds have been synthesized that are useful for the treatment of Leishmaniasis and other diseases caused by parasites of the Trypanosomatidae family. These compounds show an improvement in the antiparasitic activity and reduced toxicity compared to the usual commercial treatments, causing damage to the key enzyme in the survival of the parasite without significantly affecting that of the human host. Therefore, they are a potential alternative to current treatments used to fight against Leishmaniasis or Chagas disease. 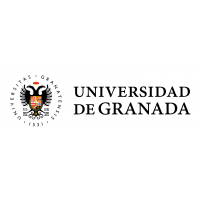 Compounds for the treatment of Leishmaniasis and other diseases caused by trypanosomes./technology-offers/8135/compounds-for-the-treatment-of-leishmaniasis-and-other-diseases-caused-by-trypanosomes

Several compounds have been synthesized that are useful for the treatment of Leishmaniasis and other diseases caused by parasites of the Trypanosomatidae family.

These compounds show an improvement in the antiparasitic activity and reduced toxicity compared to the usual commercial treatments, causing damage to the key enzyme in the survival of the parasite without significantly affecting that of the human host.

Therefore, they are a potential alternative to current treatments used to fight against Leishmaniasis or Chagas disease. 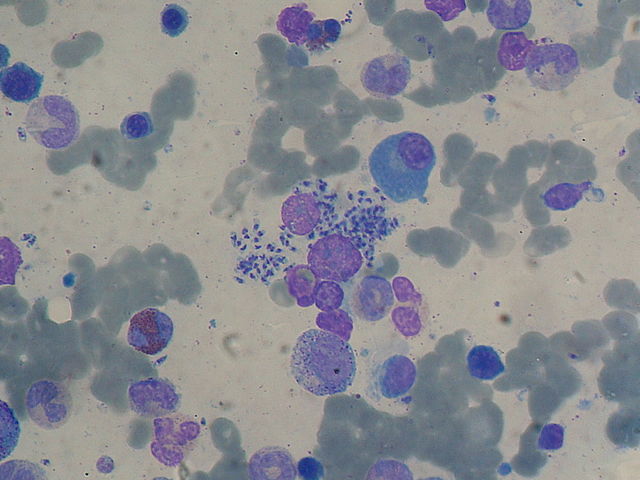 Leishmaniasis is an infectious and parasitic disease, classified as a “neglected tropical disease” by the WHO, which affects millions of people every year and exists mainly in developing countries. Despite its relevance and incidence, there is still no effective vaccine or effective treatment to combat it. The drugs currently used have some disadvantages such as high toxicity, difficulty in administration, generation of resistance, and high cost. The global set of these problems, also common to other diseases caused by parasites of the Trypanosomatidae family, such as Chagas disease, imply the need for the development of new, more effective treatments that represent an alternative to the usual ones.

Compounds proposed in this invention are a group of aromatic heterocycles linked to simple acyclic polyamines that have shown antiparasitic activity against three strains of the genus Leishmania that are the main causes of Leishmaniasis.

It has been shown that the survival of parasites of the Trypanosomatidae family is closely linked to the activity of its enzyme superoxide dismutase (FeSOD), which plays a relevant role in the development of Chagas disease or Leishmaniasis. The compounds proposed as a treatment in this invention cause the parasite to be affected without actually causing a relevant inhibition of the human enzyme. This is because such compounds show an inhibition capacity of the FeSOD enzyme of the parasite with IC50 values lower than the IC50 value necessary to significantly inhibit the human erythrocyte enzyme.

Moreover, according to the results of the assays carried out, these compounds have lower toxicity than the toxicity associated with the use of the reference commercial treatments.

Low toxicity. Current commercial treatments to combat these diseases are highly toxic. These compounds show lower toxicity than that observed in them.

Possibility of industrial scaling. Due to the simplicity of the proposed synthesis method and the ease of scaling it for industrial production.

Salts of pyridazino[2,3-a]pyrrolo[2,1-c]quinoxaline for the treatment of leishmania infections and diseases that involve the protein tyrosine phosphatise 1B (metabolic syndrome, diabetes and obesity)

Research groups from the Department of Organic Chemistry and Inorganic Chemistry and the Department of Systems Biology of the University of Alcalá have developed pyridazino[2,3-a]pirrolo[2,1-c]-quinoxalinium salts as therapeutic agents in the treatment of leishmaniasis, metabolic syndrome, diabetes and obesity. The compounds exhibit high activity and selectivity for the Leishmania parasite, and they provide a new therapeutic tool for the treatment of type 2 diabetes. The group seeks pharmaceutical companies to reach licensing agreements or collaboration and commercial agreements with technical assistance.

New therapeutic agents for the treatment of inflammatory disorders

The research group, « Heterobetaines », from Alcalá University in colaboration with the research group « Hipersensibility to medicines and inmmunitary innate response » form IDI La Paz, present a new generation of inhibitors of alfa tumoral necrosis factor (TNF-α) production, useful to prevent and / or treat inflamatory diseases. The group is looking for technical cooperation or license agreements with pharmaceutical companies, research centers or diagnostic and treatment against inflammatory diseases research institutions. 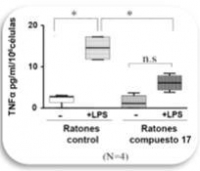 Vaccine against bubonic and pneumonic plague

Our offer is a vaccine against Bubonic and Pulmonary Plague. It was developed by researcher from the Pasteur Institute of Paris who is a WHO collaborating center on Plague.

The research group of the University of Alcalá in «Dendrimers for biomedical applications» presents the following invention that refers to the formation of dendrons of carbosilane structure that have in their periphery preferably anionic or cationic groups and in the focal point fatty acids or derivatives of these. Its main field of application is in biomedicine, as non-viral transport agents, as drug transporters, to elaborate a drug, as antimicrobial, antiviral or antipyretic agents. In the environmental sector we also find its application as biocides for water treatment. The group seeks to reach license agreements, collaboration or commercial agreements with technical assistance with companies from the sector of Health, Pharma and Environment.

Nanoconjugates formed by dendritic molecules and peptides as antitumor agents against advanced prostate cancer.Derivatives of Indolin-2-one and its therapeutic use in inflammatory, autoimmune, metabolic, cardiovascular, neurological and cancer diseases.New therapeutic candidate for Spinal Muscular AtrophyCompounds for the treatment of Leishmania infectionsNew effective and eco-friendly product to destroy Helicobacter pylori on the basis of plant components to which the bacteria can not become resistant.The product prevents stomach cancer, stomach ulcer, chronic gastritis, duodenal cancers and can al

Sign in to Innoget to connect with Universidad de Granada and other leading innovators and researchers that matter.