Method for quickly developing an architectural project by means of diagrams

The group of trial, simulation and modeling of structures (GRESMES) has drafted a method for developing an architectural project by means of Voronoi diagrams, which allows to quickly obtain different distribution possibilitie

The group of trial, simulation and modeling of structures (GRESMES) has drafted a method for developing an architectural project by means of Voronoi diagrams, which allows to quickly obtain different distribution possibilities of the uses in the space.

The group is looking for companies interested in acquiring this technology for commercial exploitation.

By means of the present invention it is possible to obtain within a very short time what we call a "base diagram of the general perimeter of the floor plan and perimeters of the spaces characterized by their use" of the building that we intend to perform. The method comprises the following stages:

- Define a series of primary base points by selecting at least one central essential point.

- Perform a first triangulation by joining the primary base points in such a way as to define a first network of triangles.

- Calculate the respective circumcentres of each triangle of the first network of triangles.

- Define a series of perpendicular lines to the sides of each triangle of the first network of triangles.

- Generating a series of closed polygons by joining the respective circumcentres of each triangle (see Figure 1).

- Adjust the areas of the closed polygons by modifying the length of the sides or the position of vertices, thus generating the base diagram of general perimeter of the floor plan and perimeters of the spaces characterized by the use of a building. 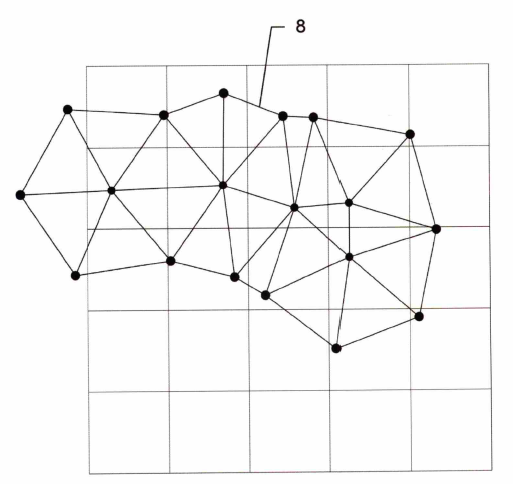 The procedure described in this patent has the great advantage of speeding up the entire process of developing an architectural project, since:

In addition, it will be a totally unique project for the client because it will be the result of a diagram consisting of a combination of numbers provided by the client. Therefore, a very strong emotional link will be generated between the design developed and the client.

On the other hand, this procedure can be applied both in dwellings on a flat surface and those on a slope, of a single height or buildings of up to 5 floors, of new construction or dwelling refurbishment as well as any type of conventional construction material can be used. All this without increasing the final price of the house.

The main innovation lies in the use of an automatic method that greatly speeds up the development of an architectural project.

In addition, the procedure is simple, during a two-hour conversation between architect and client/s the application shows, in real time, how the geometry of the project is born, grows, and is modified and evolves until it is finished. During this conversation the client is asked a multitude of questions, some related to the program, others about their way of living and other questions about more personal data of those who, in a few months, will occupy their home. From the answers to these last questions a series of numbers are extracted that will define the geometry of the perimeter and the interior division of spaces of the dwelling.

There is a prototype of a house totally made of wood elaborated with the present technology and that was exhibited in FIRAMACO 2016, the main fair of Reform and Rehabilitation of the province of Alicante. This prototype is called "Identity Architecture" and is a sample of the customization and ease of design in real time during a conversation between the architect and the people who will inhabit them (see Figure 2). 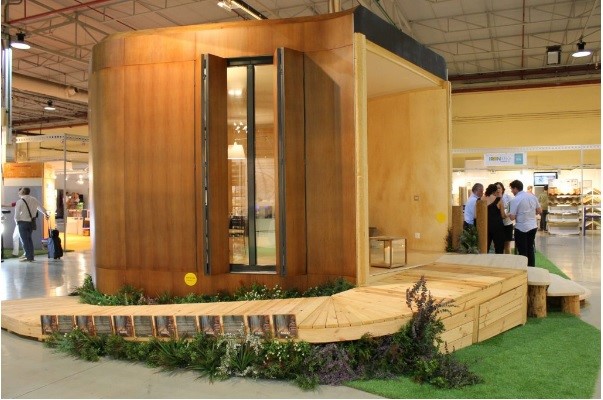 In addition, with the aid of this novel method, the construction of a single-family house in Polop de la Marina (Alicante) has been completed with very positive results (see Figure 3), while a total of 8 more houses are in the drafting stage. 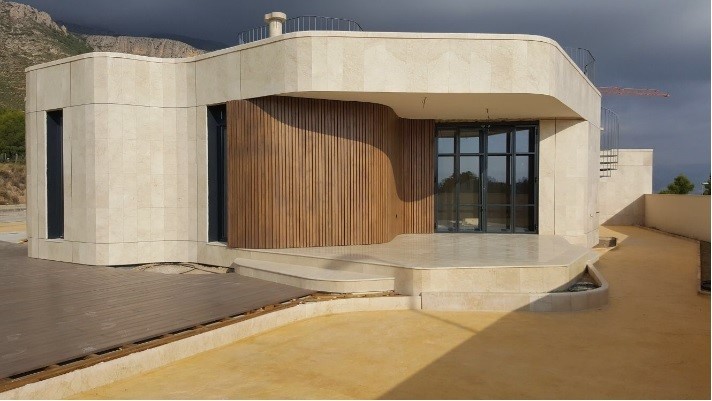 This new method could be applied perfectly within the Construction and Architecture field (development and construction companies), as well as in companies of industrialized processes of the construction since it is possible to build the house in a workshop and then to move it to the parcel in question.

Therefore, those national or international companies dedicated to the construction of modular housing, currently a booming sector, could be particularly interested.

The research group is looking for companies interested in acquiring this technology for commercial exploitation through patent licensing agreements.