CSIC have developed a method for the in vitro generation of antigen-specific antibodies or cells producing thereof by means of the development of an in vitro germinal center useful to produce vaccines, immunomodulators or immunotherapies. Industrial partners from the biotechnology and/or pharmaceutical industry are being sought to collaborate through a patent licence agreement. An offer for Patent Licensing 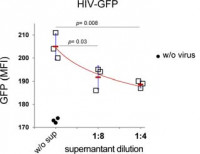 CSIC have developed a method for the in vitro generation of antigen-specific antibodies or cells
producing thereof by means of the development of an in vitro germinal center useful to produce
vaccines, immunomodulators or immunotherapies.
Industrial partners from the biotechnology and/or pharmaceutical industry are being sought to
collaborate through a patent licence agreement.
An offer for Patent Licensing 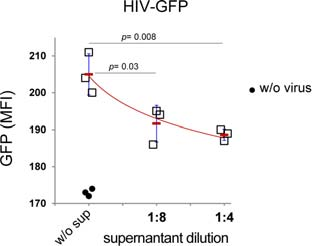 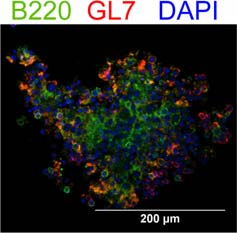 Figure 1. Confocal microscopy image of a GC generated in vitro. B cells are identified by the B220 marker and GC B cells by GL7 staining.
All cells are labeled with the nuclear marker DAPI.
Figure 2. Neutralization of HIV-1 virus by different dilutions of a supernatant of GC B cells generated in vitro Protective effects of vaccines most frequently rely on the generation of high-affinity antibodies that can neutralize or promote the killing and elimination of pathogens. The Germinal Center (GC) reaction is key in this process because B cells undergo antigen-driven immunoglobulin class switch and somatic hypermutation that allows the selection and expansion of B cells producing antibodies of the highest affinity and adequate effector properties. Up to now, there were not systems that could recreate in vitro a GC in an antigen-directed manner. This has hampered the detailed study of cell-cell cooperation required for GC reaction and the tight control of the process to guide the generation of useful antibodies towards particular antigenic epitopes.
Our researchers have developed a system to guide the generation of GC in vitro in an antigen-specific manner. Using a simple procedure and a short 7- day incubation, antigen-specific naïve B cells can be pushed and selected to undergo GC reaction and become plasma cells secreting antibodies of high affinity. The system can be tailored to produce high affinity antibodies with interesting diagnostic or therapeutic properties such as the generation of antibodies capable of neutralizing the human immunodeficiency virus (HIV; Fig. 2). The process can be useful to study T-B cell cooperation but also to isolate antibodies of direct use or, more importantly, to identify and select those class-switched B cells and plasma cells that produce the antibodies of highest interest. 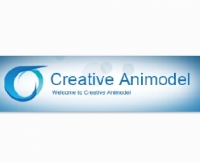 Immunotherapy for the prevention and treatment of osseous metastasis

Immunotherapy for the prevention and treatment of osseous metastasis Project ID : 10-2007-91

IAPP Oligomers as a Target for Type 2 Diabetes Novel Immunotherapy

Stabilized human IAPP (hIAPP) oligomers were used for the development of active immunization of type 2 diabetes. This promising novel approach for the treatment of type 2 diabetes is doable due to the establishment of a new protocol for the formation of stable islet amyloid polypeptide (IAPP) amyloidal soluble oligomers in vitro, leading to isolation of specific anti-oligomers antibodies. Project ID : 2-2011-142

The Ronit Library-A human synthetic combinatorial antibody libraryZZ-PE38: a universal technology for immunotherapyCustom Peptide SynthesisMetal nanoparticles stabilized with carbosilane dendrons for the treatment of infectious diseases and cancer.Carbosilane dendrimers and their use as antivirals