CSIC, the University of Zaragoza, Institute Pasteur, IISA and ARAID have developed chemical derivatives that act selectively against the bacterium Helicobacter pylori, managing to reduce the bacterial load and even eradicate gastric infections caused by it. Industrial partners from the pharmaceutical industry are being sought to collaborate through a patent licence agreement. An offer for Patent Licensing

CSIC, the University of Zaragoza, Institute Pasteur, IISA and ARAID have developed chemical
derivatives that act selectively against the bacterium Helicobacter pylori, managing to reduce the
bacterial load and even eradicate gastric infections caused by it.

Industrial partners from the pharmaceutical industry are being sought to collaborate through a patent
licence agreement.
An offer for Patent Licensing 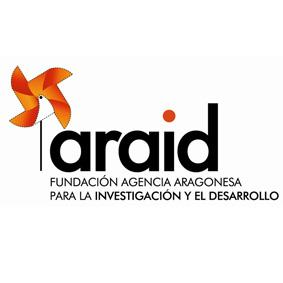 Figure 1: benzo [c] [1,2,5]oxadiazol The bacterium Helicobacter pylori (Hp) causes asymptomatic infections in the gastric mucosa that can induce chronic gastritis, ulcers even gastric cáncer. So far, convencional therapies are aggressive and the rate of eradication is decreasing, as Hp is increasingly resistant to such treatment.
Derivatives of benzo [c] [1,2,5]oxadiazol (Figure 1) are antimicrobials that act individually (without combination with other drugs) and selectively, attack a specific enzyme of the bacterium, its flavodoxine. In humans the enzyme is not present, so possible secondary damage is avoided.
The results obtained in mice have been, reduced rates of gastric colonization of Hp and even eradication in up to 60% of mouses.

· New antibiotics without known resistances.
· Efficacy in resistant strains.
· Safety: No toxicity at their active concentrations.
· Low cost synthesis.
· Bactericidal activity at low concentrations.
· Current status, in vitro: toxicity in cells and in vivo: both toxicity andefficacy test in mouses.

The “Ronit 1 Library” is a human synthetic single-chain Fv antibody library of 2?109 independent clones where human complementarity-determining region (CDR) gene fragments of any germ line have been incorporated combinatorially into the appropriate positions of variable-region general frameworks. VH-DP47, VL-DPL3 and VL-DPK22 were used as master frameworks for variable domains of the heavy, lambda light and kappa light chains, respectively. The antibody genes in the library were built on single master frameworks into which diverse CDRs were allowed to recombine. These CDRs were sampled from in vivo-processed gene sequences, thus potentially optimizing the levels of correctly folded and functional molecules, and resulting in a molecule exhibiting a lower immunogenicity compared to naive immunoglobulins. The repertoire of scFvs represented in the “Ronit 1 library” is cloned into pCC16 phagemid vector. As such, the scFvs may be displayed on phage by infection of the host E. coli with a helper phage or may be expressed as soluble scFvs. Project ID : 2-2012-348

A method to combine two or more desirable components into individual particles with control of relative amounts of each component and particle size with the freedom to use solid, liquid or gas sources has been invented. Any particle chemistry can be realized.