Aerofoil blade designs with double rooted serrations that reduce trailing edge noise to the maximum through destructive interference. They can be attached to existing blades so are particularly suitable for retrofitting to larger blades, such as wind turbines. They are however applicable to a wide range of blades moving in air and water, for example turbines, fans, rotary wings and fixed wings. The scale of application ranges from small drones (small blades operating at high speeds) to large wind turbines (large blades operating at slower speeds). 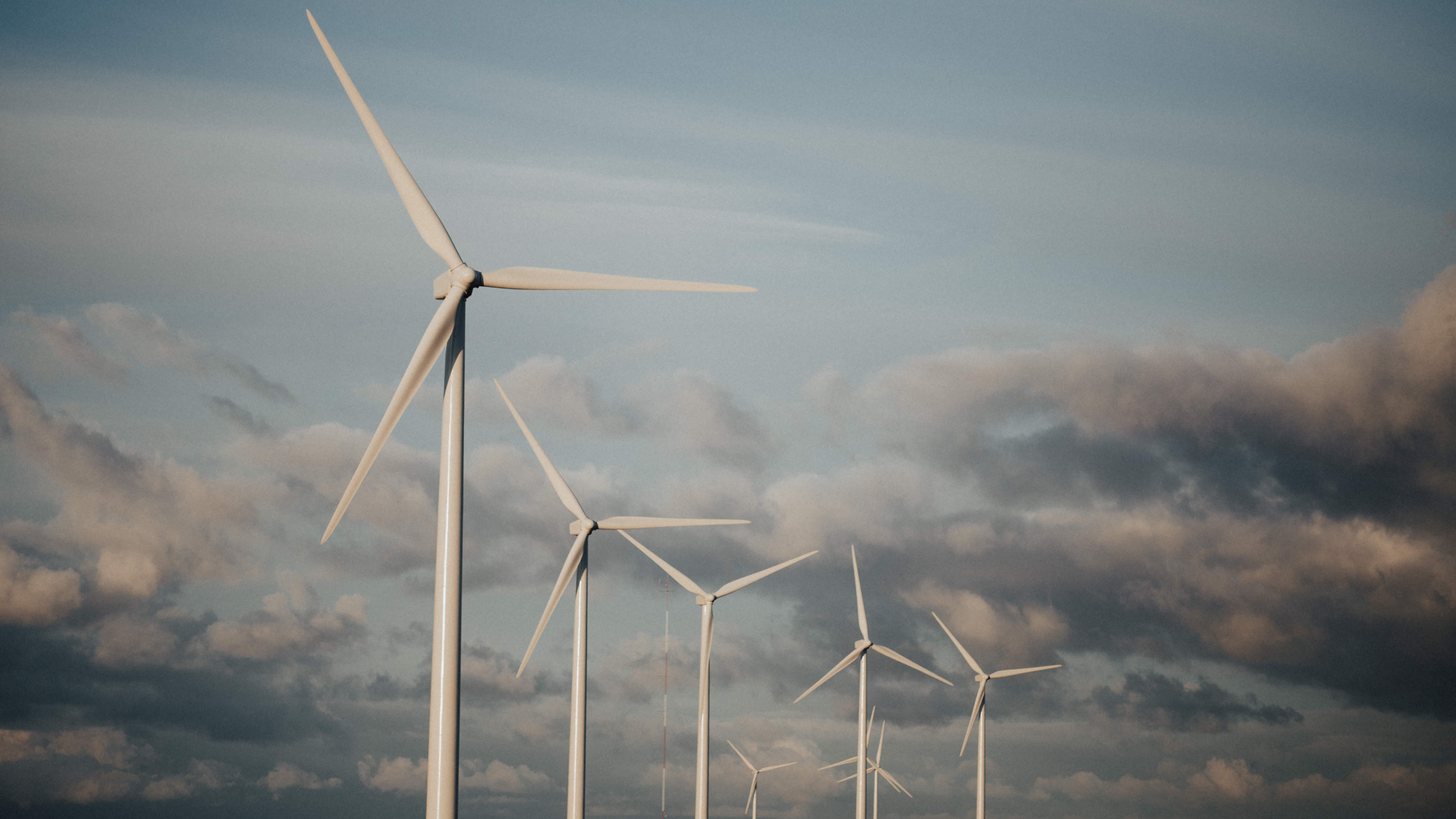 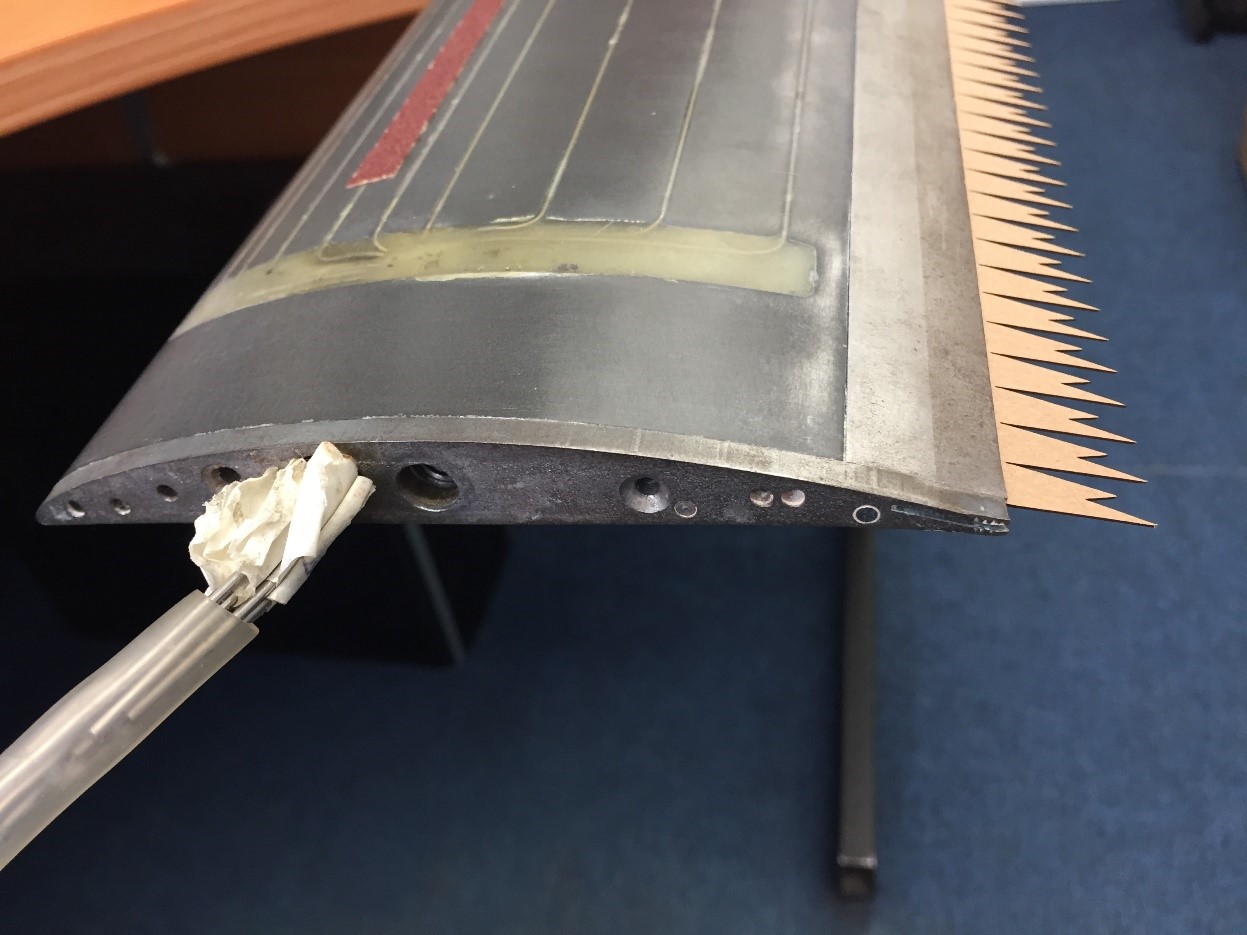 Industrial devices such as wind turbines, drones, unmanned aerial vehicles, helicopters, airplanes, submarine propellers and fans are all affected by trailing edge aerofoil noise. Trailing edge noise is caused by the turbulent boundary layer that grows along the blade up to the trailing edge of the aerofoil and then scatters into broadband noise as energy is distributed over a wide section of the audible range. Trailing edge noise frequency varies according to the application and is perceptible to both humans (100-10000 Hz) and animals.

This is different to and separate from leading edge noise which is caused by the high turbulence level of the incoming fluid flow that interacts with the leading edge of an aerofoil.

There is a need to reduce the trailing edge noise for environmental and security reasons.

For example, as wind turbine blades move through the air, they produce noise. To protect residents, maximum noise levels are set that may not be exceeded. To stay within the noise limit, wind turbines often need to operate at reduced speed, which makes wind energy effectively more expensive. Reduction of noise without reducing the rotor-speed would make wind energy a more attractive alternative to fossil fuel energy by minimising adverse effects on the environment.

In another application, use of drones is growing at great pace with applications including infrastructure and wildlife surveying, surveillance and goods delivery. It is expected that regulations on drone flying will be imposed in the very near future and noise is expected to be a key aspect of this. The use of drones in urban populated environments, in wildlife surveillance or security is significantly hampered by their characteristic high pitched blade noise.

The use of trailing edge single serrations for aerofoil noise reduction is well known. However the current issues with this existing technology are:

(a) limited noise reduction at high Reynolds Numbers (turbulent flow) which are typical of industrial applications;

(b) inability to tune serration to the desired noise reduction frequency.

DRooTES is a double-rooted serration trailing edge for an aerofoil, in particular one that can be attached to existing blades as a thin add‑on device. It provides a much greater level of noise reduction than achieved by a conventional single-rooted serration by an additional mechanism of acoustical destructive interference.

A saw-tooth trailing edge moves the boundary layer turbulence from the surface at the tooth tip, but has no significant effect at the saw-tooth root. Trailing edge noise is scattered when it reaches the first root. Broadband noise is then scattered at the second root by the same turbulent eddy after a time delay. The time delay means that there is a phase difference between the two acoustic scattering events, which results in noise cancellation.  The maximum noise reduction occurs when there is a 180°C phase difference.

Therefore noise reduction by the double-rooted serration is a maximum when a particular geometric/flow condition is met, so for a given fluid flow speed the noise reduction frequency can be targeted by the choice of serration root displacement height.

The use of add‑on thin sheets avoids the generation of bluntness-induced vortex shedding further increasing the noise reduction over existing cut‑in aerofoil designs.

DRooTES has a number of advantages over the existing single serration systems:

(b) ability to tune the serration for noise reduction at a particular frequency bandwidth.

(c) the add‑on nature of the thin sheets means they are easy to manufacture and retro‑fit to existing blades.