Biomimetic magnetic nanoparticles for its use in biotechnological applications

The present invention provides a composition which contains nanoparticles of magnetite made in presence of magnetosome proteins expressed as recombinant. These nanoparticles are biocompatibles, have a negative charge at physiological pH and a size higher tan 30nm, considered in the range of the singular magnetic domain, for different uses in the field of biotechnology, as well as for its use for for drug administration for the treatment of cancer.

Researchers of the University of Granada have carried out a study of functional improvement of the nanoparticles of chemical synthesis throughout the introduction of a recombinant protein in the aqueous solution where magnetite is formed. Then, a biomimetic magnetic nanoparticles are generated which solve requirements such as biocompatibility, surface charge of the nanoparticles and their size, which determine their magnetic properties. These properties make them show great advantages compared to other already existing in the market for biomedical use, as well as solving the existing bottleneck in production for ther commercial use. In that case, researchers have used a recombinant protein MamC mixed with other proteins of the magnetosome in magnetotactic bacteria which, in these bacteria, have a regulatory function in the process of in vivo  magnetite formation.

The production of magnetic nanoparticles generates millions of dollars every year in the United States. They are used in different clinical fields, such as polymorphisms detection, cell separation, purification and isolation of DNA, resonance imaging, early diagnosis and as nanotransporters for chemotherapy, immunotherapy and directed gene therapy.

The comercial nanoparticles produced through chemical synthesis have a very low size (<30nm), and show a superparamagnetic behavior with relatively low coercitivity values against external fields. On the contrary, the magnetosomes of magnetotactic bacteria would be the ideal magnetic nanoparticles, but they are not industrially viables because their production cannot be scaled.

Researchers have studied their response against hyperthermia with the necessary parameters of temperature and magnetic nanoparticles size, reaching the 43ºC on their rotation against a magnetic field, and comprised in the interval 30-120nm, meaning that they show a single magnetic domain and not a superparamagnetic characterization.

About University of Granada (OTRI)

The mission of the Research Results Transfer Office (OTRI, for its initials in Spanish) of the University of Granada (UGR) is to identify and valorize R&D results for their commercialization by industry and entities worldwide.
The OTRI is integrated into the Vice-Rector’s Office for Research and Technology Transfer, which activities are aimed at:

• UGR researchers for the valorization of their knowledge in the socio-economic environment;
• Companies, by building strategic bonds with the university to improve their competitiveness;
• Entrepreneurs of the academic community for the setting up of spin-off companies.

Artificial biomaterials for its use as stiffness membranes with controlled elasticity 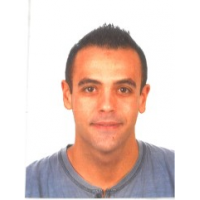 Send a request for information
to Lucas