AHYP system manages to create direct drive to motor axle from the combustion engine or from the electric motor without the need of multitude gears or other traditional types of variable transmissions, with inherently high energy losses. AHYP eliminates the gear box or any power-split dedicated device without affect the performance of the vehicle but this allows reducing cost which is one of the biggest issues for the hybrids commercialization.

The new plug-in series-parallel hybrid powertrain eliminates the gear box or any power-split dedicated device without affect the performance of the vehicle. All these will be replaced by a so called “X-device”. This allows reducing cost which is one of the biggest issues for the hybrids commercialization. The new drive system is less complex and requires a low maintenance level. The energy utilization of the vehicle and the thermal efficiency of the engine is high, the mechanism of the vehicle is simplified, for example a pedal clutch, a transmission and a transfer case are canceled, and therefore the failure rate and manufacturing cost of the vehicle and the complexity of a control system are reduced, the safety factor is improved, and the product has high performance cost ratio.

The electric motor and a variable speed X-device are arranged, in conjunction with control circuitry, to effect the starting and running of the vehicle at both its slower and higher speeds or when the battery is more than 1/2 charged, whereas the internal combustion engine is adapted to take over and operate the vehicle at predetermined higher speeds in those circumstances where the battery is less than 1/2 charged. Charging of the batteries is normally effected by the use of commercial electricity, but may also be effected by the generator powered from the internal combustion engine, while in motion or stationary. The engine is preferably coupled for driving the vehicle through the X-device at relatively higher speed. The ratio of the variable X-device coupled to the electric motor can be varied at wheels by a foot throttle, or else automatically changed in response to changes in the speed of the vehicle for the low range, and provision is made whereby the starting and running currents fed to the motor are kept within safe, readily-controlled limits. 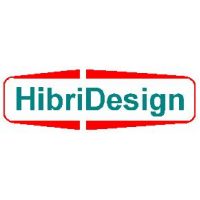 Small and Medium Enterprise from Romania

Hibridesign is an engineering association. 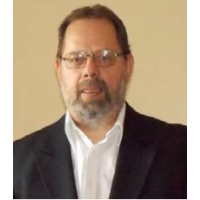 Send a request for information
to Liviu