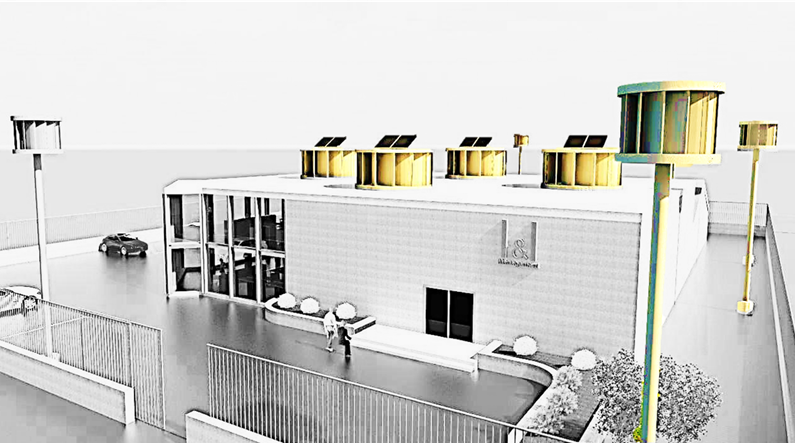 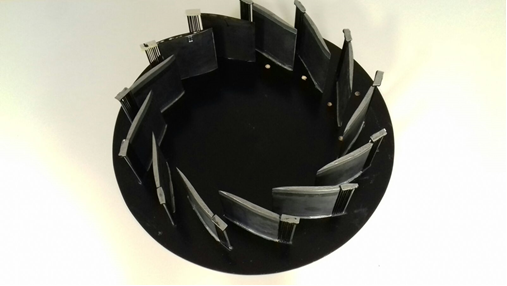 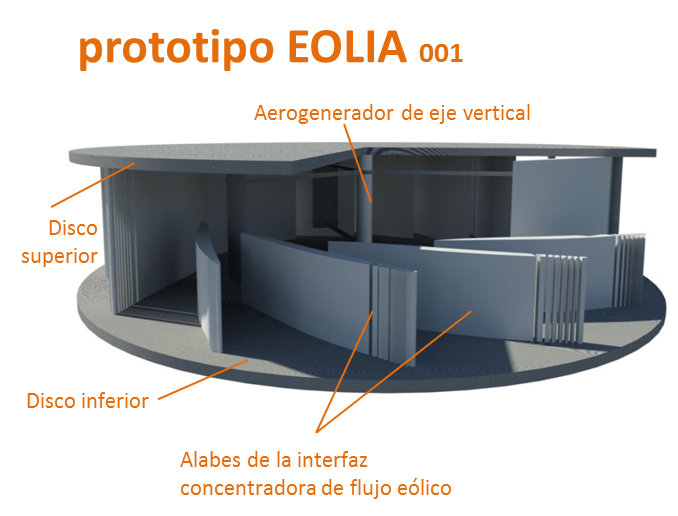 Renewable energies bring all those energetic sources with high rate of renewability together. The R&D projects included in this area have acquired special prominence in the last decade. According to information published by the Frankfurt School UNEP Collaborating Centre, in 2004-2016 period, the investment for projects related to renewable energy has been multiplied by more than 6 times, reaching 286 $BN. Moreover, to this data it must be added the high diversification in contrast to the small number of fossil energy producers.

EOLIA is the first hybrid microgeneration system which is installable in any architectural volumes. In a single system, it is used wind and solar energy for the generation of electricity, in addition to rainwater harvesting for future usage.

Wind breezes on the terrestrial surface are characterized by their intermittence, reduced speed and absence of predominant direction. EOLIA is able to replace the low energetic density of breezes through their capture and concentration. It allows to reach a significant speed increase before being injected efficiently into the turbine.

The interface is characterized by an architecture capable of sectorize the wind input in different sections, injecting the wind flow strategically. Its architecture is adapted to the nature of breezes, obtaining their capture regardless of their direction.
EOLIA increases the number of operating hours and the range of performance in comparison to small traditional wind turbines . It is translated in an exponential increase of the electrical output.

In addition, the interface incorporates own regulatory mechanisms acting in presence of winds of importance in order to regulate the inflow, keeping a sustained circulation. In case of strong winds, mechanisms for the maximum protection of the set are included.

The system configuration is ready for the installation of solar capturing systems. This added value allows to model a hybrid system capable of meeting much of the electricity demanded by the building.

The possibility of being built in architectural volumes promotes carrying out designs which seek autonomy in energetic terms. EOLIA can be integrated in all types of architectural volumes, from housing, industrial buildings, logistic centres, mountain lodges, schools to roofs of petrol stations, water tanks, control towers, tolls, etc. Also, it must be added urban equipment as the case of street lights, water tank height, pergolas, etc. Any structure is open to EOLIA installation as long as it is located in open spaces.

Nowadays, aerodynamic industry makes use of exclusively customary techniques over the different stages composing the design process. These techniques require some computing time (depending on the accuracy provided), which bounds the number of different designs that can be taken into account. By reducing that time through the use of new methods in artificial intelligence, it is possible increasing the amount of considered designs.

The utilization of technologies of soft computing has been vaguely applied to the optimization of the design of wind farms, and only with a limited set of parameters. Gheode group has developed a series of algorithms that consider in a much more realistic way the designing of parks, having in addition a great versatility to incorporate improvements or made-to-measure expansions for every client in particular.

• Use distributed artificial intelligence techniques to streamline the supply. • Allows to set profiles of distribution according to the characteristics and temporal needs of users. • Can use external information to anticipate demand and establish preventive actions. It could use for example, information about the upcoming weather forecasts and establish the possible energy contributions from sources of generation based on renewable energies. • The behavior is dynamic and progressive, since it is capable of learning from the corrective actions that the user can set. • The system takes into account the storing of energy or batteries available, taking advantage of the surplus to minimize the events of power shortages. • Controls the behavior of devices that require power, optimizing its consumption and prioritizing those most needed according to the requirements of the users. • The system is scalable and distributed, which can be later expanded and in case of any failure, the rest of the system would still be operating.