Technology
A conductive transparent thin film which is based on gold nanowires prepared in solution and is very easy to apply to a variety of substrates using printing or spinning techniques.

The Need
Currently, the existing technology for conductive transparent films uses conducting metal oxide films, primarily indium-tin oxide (ITO) and doped zinc oxide for these applications.
These films have a limited transparency/conductivity trade-off and are produced using expensive vacuum deposition techniques. They are also hard and brittle and thus not suitable for flexible coatings such as plastic electronics. Typical ITO transparency in the visible range is ~85%, while our coatings are above 90%.

Potential Applications
Applications of thin, transparent and conducting films are numerous. Currently, the most attractive application is as a transparent electrode for photovoltaic devices, although also light emitting devices require such electrodes, in particular large area displays. Our technique is very easy to implement by simple solution pouring, spinning or roll-to-roll, conforms to any type of surface and has superior transparency/conductivity tradeoff. This technology will be
very attractive to manufacturers of solar panels, touch screens, and for electromagnetic protection coatings. Our technology makes it cheaper and simpler to produce transparent conductive coatings. For power applications, such as solar panels, the improved transmission/conductivity ratio means more power can be elicited from PV panels and less unwanted heating. The resulting all-metal thin film means the coating can be extremely robust, resisting harsh environments.

Stage of Development
The technology is in active development concentrated on improving conductivity to transparency ratio, methods of application and cost-effectiveness. The technology has been licensed in the field of photovoltaics, but is available for other applications, such as touch displays. 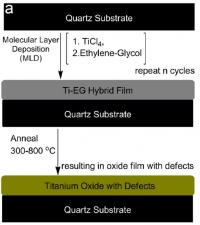 Textiles that have been modified by integrating peptide nanostructures show remarkable properties. These include the physical and chemical properties of the fabric, such as strength and fire-resistance, as well as much more advanced properties including enzymatic activities such as self-cleaning and hazardous materials-decontamination. Project ID : 3-2009-27

The use of self-assembled organic aromatic peptide nanotubes and nanospheres for the reinforcement of adhisives, coatings and casts of common and proprietary polymer and composite materials for improvement of anti crack, anti-scratch, anti-rust and anti-moisture properties. These nanostructures exhibit exceptional thermal and chemical durability and outstanding mechanical properties which have demonstrated increase of shear and peel strength exceeding the reinforcement effect of several known inorganic nanofillers to composite materials and plastics. Project ID : 3-2011-145