Device to measure the diffuse solar radiation in any direction at the same time: energy efficiency applications

Device that allows simultaneous diffuse radiation in four spatial directions and in both horizontal and vertical planes. Model the diffuse radiation over any facade or cover surface is possible using this mechanism. 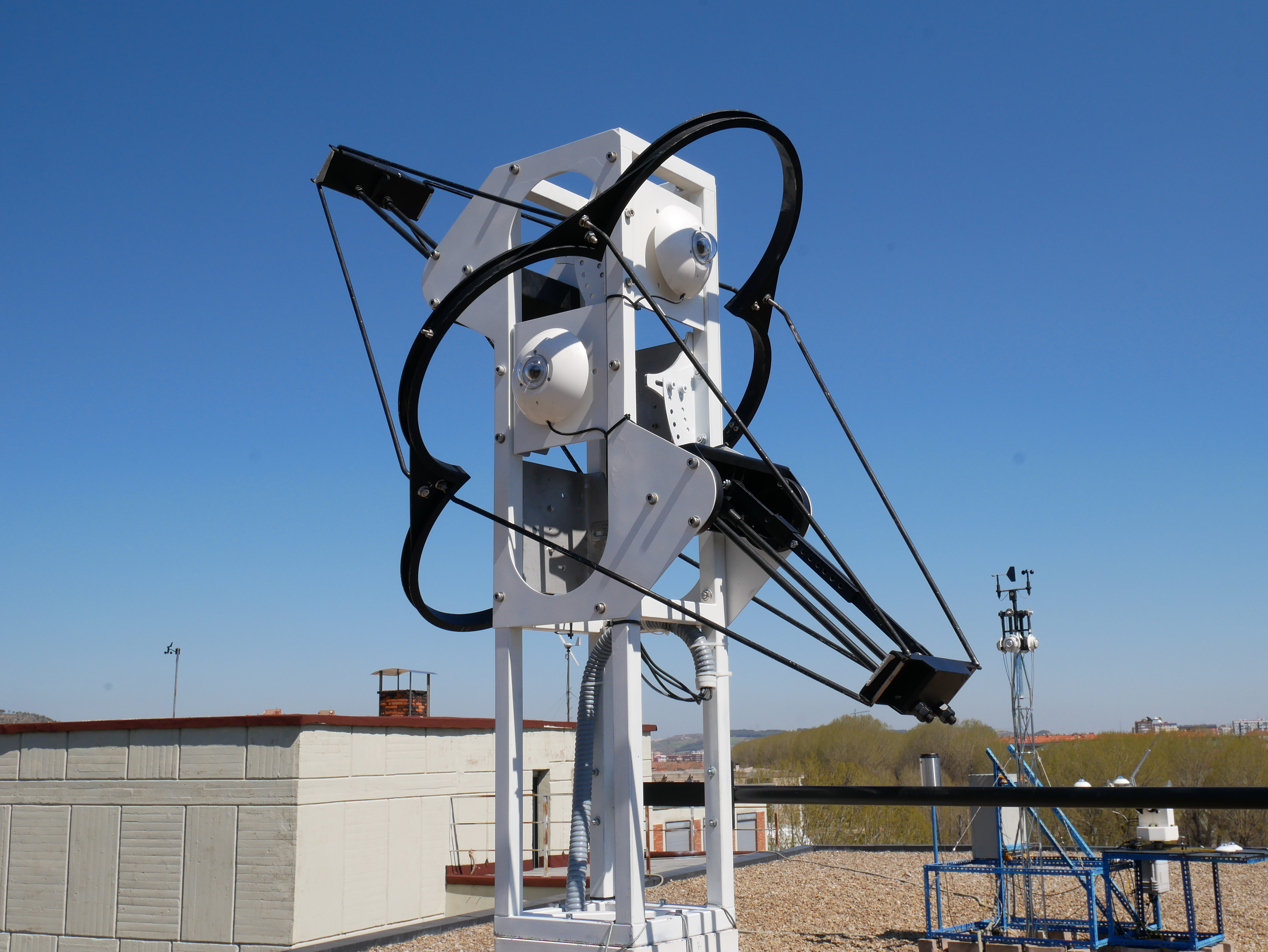 Current devices measure the diffuse radiation by a sensor called pyrometer that determines the value of the diffuse radiation due to an element that blocks the direct radiation. These known solutions allow the shadow projection only over a unique sensor, which must be placed in a particular orientation.

The designed device, patented by the Universidad de Burgos, enables to overcome these limitations measuring the diffuse radiation with several sensors at the same time, with four orientations (north, south, east west), in planes perpendicular to the surface, and with different inclinations.

The major benefit of its use is the save of time. This new mechanism allows having four structures, one for each sensor, in only one system (up to now the structures are independent). Moreover, the device is provided with a calculation system that corrects the data obtained, depending on the ring features.

The device comprises a structure and four radiation sensors, and attached thereto, a ring lobular fixed to the frame, with one lobe for each sensor so that each lobe projects a shadow to a corresponding sensor. In this way the lobular ring provides simultaneously shadow to all sensors. Thus, measurement of diffuse radiation can be performed with several sensors simultaneously and with the possibility that such sensors are in different orientations to one another and with different inclinations.

Manufacturers and marketers of devices that measure climate variables and particularly solar radiation and illuminance, especially for the advantages of its use:

- Implementation of the data to the energy efficiency in buildings

- Energy installations on facades and roofs

-Design and light energy availability on building facades. Knowledge of the solar resource through diffuse radiation data allows the design of lighting in buildings

The Research Group can offer a specialised service based on the preparation of technical reports and data interpretation to companies / energy auditing, energy engineering and consulting.