Posted by University of Vigo

UVIGO telecom engineers have developed a novel methodology to suppress the impulsive noise present in Long Term Evolution (LTE) cell phone systems. These systems that utilize multiple-input multiple output (MIMO) techniques are already used in fourth generation (4G) cell phones and are expected to undergo further development in a near future. The presence of impulsive noise can be detected comparing the signals received by different antennas, the subsequent application of a enhanced algorithm leads readily to the suppression of the deleterious effect of the impulsive noise on the radio signal. To date, no other methods have been specifically developed for LTE. 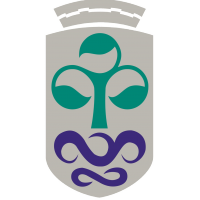 UVIGO telecom engineers have developed a novel methodology to suppress the impulsive noise present in Long Term Evolution (LTE) cell phone systems. These systems that utilize multiple-input multiple output (MIMO) techniques are already used in fourth generation (4G) cell phones and are expected to undergo further development in a near future. The presence of impulsive noise can be detected comparing the signals received by different antennas, the subsequent application of a enhanced algorithm leads readily to the suppression of the deleterious effect of the impulsive noise on the radio signal. To date, no other methods have been specifically developed for LTE.

In comparison with current procedures: • Efficient detection and suppression of Impulsive Noise. The Bit Error Rate improves more than 10 times over the threshold detection and blanking method. • It is not necessary to implement additional hardware in the handset. • Easy algorithm, with low computational load. • Easy to incorporate in the LTE handset firmware.

*The computational load of the method is very low because the necessary parameters of correlation and RMS signal value are already calculated in the ordinary reception algorithms of every LTE handset. * Dynamic threshold selection can be made in real time. * Up to 100 times improvement with respect to clàssic threshold suppressing methods * Low false alarm probability

A novel methodology to suppress the impulsive noise present in Long Term Evolution (LTE) cell phone systems Let us consider a LTE MIMO 2x2 downlink transmission. Two antennas, Tx1 and Tx2 at the base station transmit an OFDMA signal to the handset, which in turn has two receive antennas, Rx1 and Rx2. The signal transmitted from Tx1 and Tx2 will arrive at Rx1 and Rx2 as a sum of direct and reflected waves. The equation which defines reception at the handset is: (y1) (h11 h12) (x1) + (v1) ( ) = ( ) ( ) + ( ) (y2) (h21 h22) (x2) + (v2) Where x1 and x2 are the signals transmitted by Tx1 and Tx2, y1 and y2 are the signals received by Rx1 and Rx2, and the elements hij of matrix H represent the complex gain of the channel between the jth transmit antenna and the ith receive antenna. Therefore, the rows of H represent receive antennas and the columns represent transmit antennas. v1 and v2 are the noise contribution at Rx1 and Rx2. In this example, v1 and v2 will consist of interference from an IN event. It must be highlighted that IN is considered to be near end interference, and it does not follow the same path as the signals coming from Rx1 and Rx2. Another important feature of the IN leaking into Rx1 and Rx2 is the expected correlation between their amplitudes. The positive correlation found implies that any time we receive an IN peak in one receive antenna we will probably receive another peak with similar amplitude in the other one. That is to say, if some IN is generated near the handset then it is very probable that it receives high amplitude at both receive antennas at the same time. The patent that we present is based on these principles.

About University of Vigo

The principal potential of these tools lies in the use of very advanced algorithms of planning of mobile networks that allow to optimized the network from the point of view of the investment that has to be done by the operator. The current commercial models are usually based on small programmes done in Excell that evidently does not have the optimum potential of these heuristic developed in languages of high-level programming. These tools provide the necessary information to the cost model LRIC Bottom Up defined by the European Commission. Operators and governments of different countries already have used the tools that are described in this document.

Power Line Communications (PLC) is an emerging field that enables to carry data on a conductor that is also used simultaneously for AC electric power transmission or electric power distribution to consumers. The widespread use of these technologies is however, compromised by the presence of impulsive noise that arises from interferences generated by devices connected to the power line. Therefore removal of impulsive noise is critical to get a high performance of PLC systems. UVIGO researchers have developed a novel methodology to mitigate impulsive noise by monitoring those carriers of the radiofrequency spectrum that are free of transmission in PLC systems. The identification of the noise signals allows its selective removal keeping the quality of the overall PLC signal.

The research group GEINTRA from the Department of Electronics of the University of Alcalá has a long and extensive experience in the definition and design of high complex and demanding embedded electronic systems for the implementation of efficient architectures in different application fields: communications, transport, energy, power and control, sensory systems, etc. Such solutions, based on SoC (System-on-Chip), FPGA (Field-Programmable Gate Array) and/or processing devices, represent an effective alternative, with competitive advantages in terms of frequency, response times, systematic testing and verification, safety approvals, etc. GEINTRA is looking for companies working in telecommunications and IT sector or companies working in transports or industrial manufacturing to achieve technical cooperation agreements. 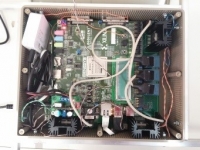 Assistive products for people with disabilities.

The research group GEINTRA UAH offers assistive products, especially for communication, aimed at people with different type and degree of disabilities, mainly people with mobility problems, but also hearing and vision difficulties, with high flexibility and diversity of forms access. The group is looking for companies working in IT sector to achieve commercial agreement with technical assistance.

Never miss an update from University of Vigo

Sign in to Innoget to connect with University of Vigo and other leading innovators and researchers that matter.