Peripheral blood and its components (serum, plasma, and circulating cells) is an easily accessible fluid. An ELISA-based system that exploit circulating protein biomarkers found in this medium is more convenient to the patien

Peripheral blood and its components (serum, plasma, and circulating cells) is an easily accessible fluid. An ELISA-based system that exploit circulating protein biomarkers found in this medium is more convenient to the patient compared to a more invasive lung biopsy. The researchers have found that high levels of serum hepatocyte growth factor (sHGF) protein in patients with SCLC shows clearly predicted for shortened survival and an incremental risk for death. HGF is a natural ligand for the oncogenic epithelial transition factor (c-Met) transmembrane tyrosine kinase receptor and serum HGF could be predictive of individual responses to new anti-cancer drugs: the Met inhibitors. The Met inhibitors are targeted therapies against c-Met receptor that are currently in development for the treatment of other neoplasms and are planned to be evaluated in SCLC. Therefore, a biomarker of prediction of response to these new Met inhibitors would be crucial for correct selection of patients for the clinical trials. Incorrect selection through other biomarkers in NSCLC has leaded to lack of benefit from these drugs in already performed phase 3 clinical trials, stressing the relevance of correct patient selection

Researchers from the Hospital del Mar Medical Research Institute (Barcelona, Spain) have found a biomarker that is associated poor outcome in small cell lung cancer (SCLC) patients and might select patients that benefit from new targeted drugs. This marker can be measured by a simple, non-invasive enzyme-linked immunosorbent (ELISA)-based test. Only a blood sample from the patient is required.

One of the main technical advantages of this discovery is that the biomarker can be studied with a single blood sample obtained at diagnosis in a patient with SCLC. Other biomarkers suggested for the benefit of these anti Met drugs are performed in lung biopsies which are invasive procedures and could be harmful for the patient and are frequently small with limited available material when diagnosis is performd. Serum HGF levels are associated with c-Met activation features in the SCLC lung tumors. Thus a serum biomarker is predictive of the status of the tumor. Moreover, C-Met activation seems to be the best predictor of response to Met inhibitors in preclinical models and also in patient cases reported in the literature. Another technical advantage is that ELISA is a relatively simple procedure that could be performed in any laboratory throughout the world and therefore be applicable for routine hospital practice. 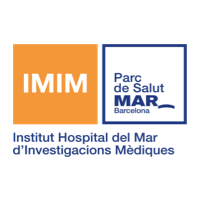 IMIM (Hospital del Mar Medical Research Institute), located at the Barcelona Biomedical Research Park (PRBB) is, up to 82%, made up of research groups lead by professionals from the MAR Health Park , most of whom are associates of the Autonomous University of Barcelona (UAB) and the Pompeu Fabra University (UPF), as well as other seconded staff members from the Centre for Research in Environmental Epidemiology (CREAL), the Centre for Genomic Regulation (CRG), the Department of Experimental and Health Sciences of the Pompeu Fabra University (DCEXS-UPF), the Centre of Regenerative Medicine in Barcelona (CMRB) and the Barcelona Biomedical Research Park (PRBB).

On 16 December 2013, the Accreditation Committee of the Carlos III Health Institute (ISCIII) approved the acreditation of IMIM as a Health Research Institute, which was ratified by the State Secretarial of Research, Development and Innovation for the Order of 17 February 2014.

At IMIM there are around seven hundred professionals, of which one hundred and nineteen are lead researchers distributed in fifty-six research groups integrated into the five multi-disciplinary programmes framing research activities within IMIM:

A large proportion of its budget is provided by external competitive funds that are managed by the Mar Institute of Medical Research Foundation.

The scientific output generate from this research includes almost 550 annual papers in international journals indexed in the Science Citation Index (SCI). Another relevant fact is that 65% of the IMIM papers are published in journals that are in the top quartile of their category.

IMIM has a Scientific Advisory Board (SAB) made up of a group of prestigious international expert scientists from the different areas of the IMIM research programmes.

New method for the determination of the risk of atypical fractures in patients treated with bone remodelling inhibitors.

Up to date there is not any technology for detecting the risk to suffer atypical fractures related to long-term treatment with bone remodelling inhibitors. The invention will be of usefulness for individualize treatments in p

A new alternative treatment for steatohepatitis has been developed; it consisits on new series of amides of fatty acids with fenilalquilamines (amphetamines, dopamine, etc.) A new mechanism of action based in reductions of co

Triple negative breast cancers are tipically associated with por prognosis, due to aggressive tumor phenotype(s), only partial response to chemoterapy and present lack of clinically established targeted therapies and resprese