Exploitation of the large amounts of glycerine produced as a by-product of the production of biodiesel and similar industrial processes. The employment of this culture medium increases the production yield of ethanol and hyd

Exploitation of the large amounts of glycerine produced as a by-product of the production of biodiesel and similar industrial processes.
The employment of this culture medium increases the production yield of ethanol and hydrogen, in comparison with that obtained from the use of other sources of carbon.
The effect of optimizing the culture medium is to reduce the costs and save energy in the industrial-scale fermentation process.
No other alternative culture media exist that have been formulated and optimized for E. coli that would allow greater production yields of ethanol to be obtained.
It represents a simple and attractive way of producing hydrogen and ethanol from a carbon source of low price and in plentiful supply.
The high degree of reduction of the glycerine, in comparison with sugars, allows reduced chemical compounds such as succinate, xylitol, propionate, hydrogen and others to be obtained.

The UCA research group on “Biological and Enzymatic Reactors” (TEP-105) has developed a novel culture medium formulated specifically for the bioproduction of ethanol and hydrogen from glycerine, through the bacterial activity of the species Escherichia coli. It is a simple and attractive method in which the source of carbon employed is glycerine, obtained as a by-product in the biodiesel industry, that is available in large quantities and hence at low price.

Glycerine, the principal constituent of fats and oils, is a substance of considerable commercial importance. It is also the highest value-added by-product generated in transesterification reactions, in oleochemical processes and in the production of biodiesel fuel, as well as in the saponification of oils and fats (a by-product of soap manufacture). Recently, the production of glycerine has increased significantly due to the boom in the production of biodiesel. This has led to a drop in its price, of such magnitude that many of the companies active in the production of glycerine by the usual method of chemical synthesis have been forced to cease production. Given the increased availability of glycerine as a result of overproduction and its consequent low price, there has been growing interest in its possible use as a source of carbon in various industrial fermentation processes, in substitution for the carbon from other sources previously employed. It is also the case that, in many processes, using glycerine can give production yields that are better than those obtained with carbon from other sources, for example, from sugars. For these reasons, the University of Cadiz research group on Biological and Enzymatic Reactors (TEP-105) has designed a specific culture medium that increases performance in processes for the industrial production of chemical compounds suitable for use as biofuels. It has been shown that the use of glycerine as the source of carbon favours the growth of Escherichia coli, bacteria that act to catalyze the biotransformation of glycerine into ethanol and hydrogen. This in turn translates into an improved rate of production of the biofuel in comparison with similar processes currently in use. This invention therefore represents a simple and economically-attractive way to produce ethanol and hydrogen based on using glycerine as the source of carbon, and Escherichia Coli as biocatalyzer. The process is put forward as an economic alternative offering high yields that has the potential for technical development whereby it can be successively scaled up to industrial levels, in which its low cost and simplicity in the formulation and preparation of the medium are of special importance. To date, no other culture medium has been formulated that is specifically designed for the optimization of biofuel production from glycerine. Biotransformation processes present advantages over the traditional method of production by chemical synthesis, in particular with respect to selectivity, specificity and moderate process conditions, which together constitute a more efficient overall process. 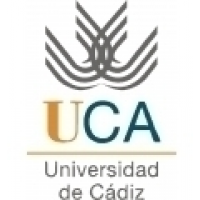 Since the 1990's, the mixed oxides of cerium and zirconium have replaced cerium oxide in the composition of the three-way catalyzers used in the automotive industry. The fundamental reason for this is the improved textural be

UCA researchers have developed a new process for the treatment of waste waters by using microalgae, specifically for the removal of nitrogen and phosphorus. This process is based on applying three fundamental findings made by

Currently substantial efforts are being made in the maritime navigation sector to stop or reduce collisions between ships. Such collisions are significant causes of the loss of human life, losses of vessels and their cargos,

Currently, considerable quantities of lingo-cellulosic residues are generated continuously in many sectors of the agro-food industry. If these can be suitably processed, they are of great commercial interest to industry as po

The technique exploits the extreme oxidation characteristics of supercritical water, (defined as 221 bar and 374 ºC). Under these conditions oils become soluble, and a single homogeneous reaction phase is obtained in which t

Send a request for information
to Universidad de Cádiz