Invention consisting of a method for identification of compounds with potential pesticidal activity against organisms containing chitin, the compound being an inhibitor of chitin deacetylase (CDA). The method comprises chemin

Invention consisting of a method for identification of compounds with potential pesticidal activity against organisms containing chitin, the compound being an inhibitor of chitin deacetylase (CDA). The method comprises cheminformatics and experimental approximations that include molecular topology equations to examine the experimental chemical and analysis databases of the identified compounds to test their activities as pesticides. More specifically, the invention relates to the experimental analysis of a set of 20 compounds that were tested against various phytopathogenic fungi, insect larvae and a model nematode. The fungicidal, arthropocidal and / or nematicidal activities of said compounds were confirmed. The specificity of the selected compounds as CDA inhibitors was also verified. The method of the present invention is useful for identifying CDA inhibitors. Furthermore, the present invention also relates to the use of said compounds as fungicides, arthropocides and / or nematicides both in agriculture and in other fields of application.

This invention allows the identification of new chemical compounds with potential to be used as fungicides in agriculture and also to be used for the control of harmful arthropods and pathogenic nematodes. Furthermore, they are compounds with a novel mechanism of action, that is, by inhibiting the enzyme chitin deacetylase, against which there should be no resistance, for example, in phytopathogenic fungi. These compounds not have a direct toxic effect, but rather allow the activation of the immune defense of the plant. On the contrary, against insect larvae and nematodes they do have a biocidal effect.

The present invention belongs fundamentally to the agricultural sector and more specifically to the agrochemical industries, since it provides potential plant protection tools against harmful phytopathogenic fungi, nematodes and arthropods. Another sector of interest could be animal and human health (veterinary and pharmaceutical industries), since nematicidal and arthropocidal preparations could be prepared from the compounds of the patent. 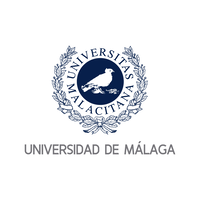 The University of Malaga (UMA) is a public institution, which promotes outstanding research and teaching within the European Higher Education Area. UMA is one of the most dynamic and fast growing research and education institutions in Spain.

The invention relates to the field of oncology and cancer treatment and prognosis. The invention includes methods for predicting the risk of recurrence of breast tumors using the expression signature of particular miRNAs. 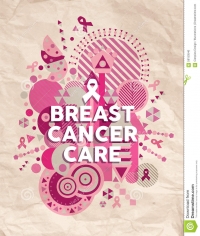 NEW THERAPEUTIC TARGET IN THE TREATMENT OF ALZHEIMER

A study carried out through the use of systems biology, with the analysis of complex data, starting with omics data and using integrative tools for the analysis of dynamic and modular responses, has identified a candidate tar

The present invention relates to the use of galanin(1-15), or an analogue thereof, for use in the prevention and/or treatment of alcohol-related effects and disorders, especially the use thereof to reduce alcohol consumption.

New nanosystem to be applied over white adipose tissue

This invention is developed by the University of Málaga (UMA) in collaboration with Andalusian Public Health System and CIBER. They have developed a new nanosystem to be applied over white adipose tissue. This nanosystem cha

METHOD FOR THE PREDICTION OR PROGNOSIS OF DEVELOPING RHEUMATOID ARTHRITIS

This invention is developed by the University of Málaga (UMA) in collaboration with Andalusian Public Health System and CIBER. Method that allows differentiating the degree of activity and severity of rheumatioid arthritis, 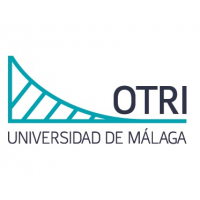 Send a request for information
to OTRI-Universidad