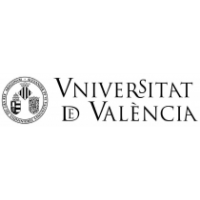 A spin valve is a device, consisting of two or more conducting magnetic materials, whose electrical resistance can change between two values depending on the relative alignment of the magnetisation in the two layers. The resistance change is a result of the Giant Magnetoresistive effect. Currently, there are no commercial electroluminescent devices presenting spin valve behaviour. There have been various attempts that result in devices capable of emitting light only at very high threshold voltage, generally based on conventional OLED structures. The scientific goal for years has been to increase the spintronic polarization of these devices. Researchers from Universitat de València have developed a new opto-spintronic device with low emission threshold voltages (from 2V) in coexistence with magnetoresistance properties. These properties allow the control of the light emitted by means of external magnetic fields.

The new devices have been design using a HyLED configuration (Hybrid Organic-Inorganic Light Emitting Diode) instead of the conventional OLED configuration. This new configuration is based on the use of metal oxides as the electron injection layer, and is inverted with respect to OLEDs, hence making possible to develop simple, air-stable and cheap devices. All these known advantages of HyLEDs versus conventional OLEDs have had a surprising effect when applied to a new field as spintronics. Thus the researchers have achieved for the first time to manufacture a light emitting device controlled by external magnetic fields, with low emission threshold voltages and presenting high stability to air, with a greater interest for technological applications.

The University of Valencia, founded over five centuries ago by the Juries of Valencia, is a modern European public University, open to almost all branches of knowledge: social, economic and legal sciences, Basic experimental sciences, engineering and Tehcniques, health sciences, educational sciences and the humanities.
More than 41,000 undergraduate students, 4,000 postgraduate students, 2,000 students from other universities all over the world, take classes taught by more than 4,000 professors, lectures and researchers at our campuses (more than 440.000 square meters) with the support of over 1,700 administration and service staff.
Our university community is committed to being a university of reference: we are ranked 4º in Europe in receiving Erasmus students and 5ª in sending of students (Ranking Erasmus Mobility); It is fourth spanish university in research at the international level, ranking between 201 and 300, according to Shanghai Jiao Tong University Rankings.
The University of Valencia is working in a wide range of investigative fields. The results of this activity are applied in a variety of productive sectors and social areas. Information of interest for businesses and public bodies about the Scientific and Technological Capacity of the University of Valencia is made available and offered for socioeconomic transfer through its Research Results Transfer Office (OTRI).
The OTRI is a service that manages and assesses in the generation and transfer of University knowledge towards the industry, encouraging the University role as an active agent in the economic and social development; makes easier the access to the University of Valencia research facilities; manage the intellectual property of the research results produced in the University and carry out its valorisation for efficient transfer, and offers orientation of university research groups towards the needs of Business, promoting and guiding effective relationships for exchange of knowledge applied to the needs of social and industrial environment, making easier its information dissemination and transfer.

New method for the production of metallic oxides with spinel structure

This procedure is faster, with lower energy consumption and generates purer spinels than known methods for spinel production. With this invention, it’s possible to provide new methods for obtaining spinels or other mixed oxides with a higher processability and versatility than those existing to date, allowing also for obtaining new spinels and removing the need for extremely costly phases in time or energy, including milling or heating at temperatures up to 1200ºC.

A new strategy for the preparation of precursors of linear acenes has been developed. The developed acene precursors are hydrogenated acenes and are stable upon storage. They can be prepared in several synthetic steps using two catalytic key preparation steps. The precursors can be deposited onto surfaces and submitted to annealing to generate the linear acene. This strategy afforded the first-ever preparation of undecacene.

Researchers from Geology Department of University of Valencia have developed a novel method for producing corundum of low crystallinity (nanocorundum) using natural or synthetic commodities in solid state, without pre-treatment. The process of the invention makes it possible to obtain a product with a nanocrystalline nature, composed of tabular- or plate-shaped primary nanoparticles in porous microcrystalline aggregates, which facilitates the subsequent disaggregation process thereof into powders that have an immediate application as ultra-fine abrasives and as loads (or fillers) in plastics or other types of materials. This characteristic represents a significant advantage of the product of the invention, since compact corundum is a hard, difficult-to-grind material.

A new method for the metal-free amination of C-H bonds has been developed. The method uses readily available reagents (iodine, trilfuoromethylsuylfonamide, diacetoxyiodobenzene) and light to insert a sulfonamide moiety into a C-H bond. the method has been successfully used in the preparation of various APIs (memantine, rasagiline, sertraline). The method takes place in mild conditions and allows avoiding the use of transition metal catalysis and multiple-steps procedures. Partners are sought for the joint development of commercial applications of the method.

Technology of Catalysis and Photocatalysis processes

Development of technology related to catalysis and photocatalysis processes, including design and validation of reactors and synthesis procedures

Technology and proccesses for chemical synthesisHigh Quality Thin-films (down to 4nm) by Water-based Chemical SolutionGRAPHENE NANOSTRUCTURES: Bottom-Up ApproachPassive sensor for in situ detection of amines in atmospheresPolymorphism Prediction in Crystal Systems of Technological Interest

Sign in to Innoget to connect with Universitat de València and other leading innovators and researchers that matter.