RGS is based on leading edge virtual reality and neurorehabilitation research, and clinical trials on more than 100 patients have shown significant improvements in the rehabilitation of deficits of the upper extremities. RGS is a generic paradigm for brain repair and neurorehabilitation that we will be applied in the future to a range of other deficits in stroke, for instance gait training, aphasia, depression and chronic pain and to other neuropathologies, for instance cerebral palsy and Traumatic Brain Injury (TBI).
Technology Innovation: RGS is based on the integration of a wide range of highly innovative ICT technologies, such as Virtual Reality, learning and adaptive systems, image and scene analysis, wireless technologies, multimodal interfaces, simulation tools, sensors, tele-health and information systems. Despite this major integration effort combined with solid science and medical research it is nearly invisible for the End User, unobtrusive and low power consuming (home PC based).
The RGS will contribute to directly improve the Quality of Life of the increasing number of patients in need of rehabilitation for motor deficits and will improve accessibility to healthcare therapy/home assistance and to a novel and highly innovative ICT based product. We are now listing the most important aspects:
•Personalized Therapy. The RGS system can be personalized to the needs of every patient due to the self-learning and adaptive systems specifically developed, that automatically adapt the difficulty of the games to the performance of the patient in order to avoid frustration. Furthermore, with the aim of incentivising the patient the RGS system amplifies the movement of the impaired arm by successfully completing simple tasks in the virtual world in line with the movement made by the patient
• Accessibility and Usability. The RGS is designed thinking about the patient and clinician needs. The system can run on a standard PC which will need only a normal internet connection. Additionally, the low cost of the system renders it an affordable solution for the target population of end users and healthcare agents. The final RGS is unobtrusive; its User interface also allows remote monitoring by the healthcare provider. The RGS incorporates learning and adaptive systems that will allow the system to automatically change the rehabilitation scenario based on the results of the previous exercises performed by the patient and be further supervised by the health care.
•Tele-rehabilitation and increase of autonomy for everyone. The RGS will allow patients to design their own rehabilitation schedule and work at home, in coordination with everyday life activities and in consultation with their therapists, who will be able to individualize their therapy and follow their progress remotely (accuracy, speed, movement patterns…) and ensure the quality of the therapy.
•Efficiency and more equal access to services. The self-managed RGS “home tele-assistance” will facilitate access to rehabilitation training at home to patients that may not have access to it or who may have had a restricted access due to the great demand from the elderly population and limitations from the healthcare systems; it will also avoid or minimize the cost and loss of time in transportation for both patients and clinicians to and from the hospital/rehabilitation centre designated by the health system or a private insurance company. (1~2 hours per day just in the ambulance).

Stroke is the main cause of adult disability and is affecting more than 17 million people every year and it will increase towards 2030. Once discharged from the hospital patients do not receive the rehabilitation treatment they need. We have developed a Virtual Reality based system for the functional recovery of stroke patients. RGS is a low-cost and unobtrusive system that runs on a standard PC, using virtual reality (VR) combined with training scenarios with dedicated interface devices. An important contribution is that VR based rehabilitation systems can be easily transferred from Hospitals to at home applications for tele-rehabilitation creating a continuum of diagnostics and training possibilities. RGS has been developed by SPECS research group at Universitat Pompeu Fabra in collaboration with Hospital del Mar, Hospital de la Esperanza and Hospital de la Vall d’Hebron for the clinical trials validating RGS, and also with Fundació TIC Salut, who has contributed in relation to HL7 standards to ensure future compatibility with the Hospital Information Systems.

There are two dimensions on RGS that makes it a highly innovative achievement, the scientific and the technological. Scientifically, we need to remark that RGS is based on the neurobiological considerations that plasticity of the brain remains throughout life and can thus be utilized to achieve functional reorganization of areas affected by stroke by means of the activation of secondary motor areas such as the so called mirror neurons system. RGS allows this neuronal activation by accelerating and enhancing recovery via the combination of movement execution with the observation of correlated action of virtual limbs in a first-person perspective. Secondly, the key technical characteristics of RGS technology are principally related to the self-learning algorithm and adaptation systems specifically developed and integrated in the RGS software, which automatically adapt the difficulty of the games to the performance of the patient in order to optimize the rehabalation treatment and avoid frustration. 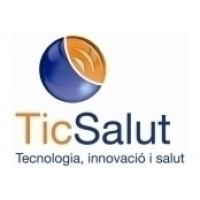 TicSalut, Technology, Innovation and Health. Ministry of Health. Department of Catalonia. The success of the Catalan health system is based on quality management and service efficiency, its sustainability, the joint acceptance of responsibility by the professionals and the guarantee of access to citizens, a model that responds to new lifestyles and an interdependent world. In this context, the use of Information and Communication Technologies (ICT) is one of the strategic elements for adequately facing the new challenges posed by the knowledge society.

PSICODEM is a very simple software. It allows you to choose the most appropriate psychosocial intervention for people suffering from dementia, depending on their level of cognitive impairment and other signs and symptoms such as aphasia or anxiety

Innovative and customizable platform for mobile communication between users and professionals.

Other Side Mirror S.L.

Other Side Mirror S.L. posted this:

New concept laboratories to analyse the human body movements using a combination of technologies depending on the parts of the body to be analysed. We can combine 3D infrared Motion Capture, surface EMG, instrumented insoles, inertial devices and balance

Send a request for information
to TicSalut Foundation