A new super-effective active substance against serious and incurable diseases.

We are the developers of unique products based on the Brand Natural New Active Substance, which provides a comprehensive regenerating effect on various problem areas of a living organism.
Patients will see an improvement in their health for 7-10 days, at the end of the month this will be confirmed by an examination of the patient (patient analyzes, ultrasound, X-ray, etc.)
These regenerating products are extremely effective in treatment of liver cirrhosis of various etiologies previously officially considered incurable (ascites goes away after 15 days, cirrhosis changes into fibrosis after 30-50 days, the period of complete hepatic regeneration is about 4 months). They are also effective against genital herpes virus (4-6 months), effective against hepatitis of various etiologies, including such as B, C, and D ( viral load is reduced by half every 26 days, after a course of therapy, the virus is not detected in the blood, the patient ceases to be a virus carrier), drugs restore the liver in case of fatty hepatosis, pulmonary tuberculosis including MDR TB/ XDR TB (after 26 days an active form of stage 4 changes into stage 2-3 of latent form), lymphosarcoma, fibroma, myoma and pyelonephritis. The drugs prevent diabetic foot gangrene extremities. After the therapy patients no longer need previously recommended heart bypass surgery. The drug restores the function of the pancreas, for example, the bend of the pancreas disappears, and gives a complete restoration of long-term erectile dysfunction. The condition of patients with Alzheimer disease, Down's syndrome, encephalopathy, encephalitis and other diseases improves significantly without any side effects. The drugs have a strong antifibrotic effect, they dissolve scars on heart after myocardial infarction. Heart tissue completely regenerates within 6 months.
This is only what we have studied so far.
The studies have been going on for more than 25 years and there are no analogues in the world either in action or in composition. The new natural Active Substance is protected by patents in several countries and consists only of minerals and medicinal herbs with know-how technology, which provides unique regenerative abilities.
Now the effectiveness of the 5th generation drugs has increased by 10 times, there are absolutely no side effects, the time of effect on the patient's body has been reduced, for example, the course of taking drugs for 6 months replaces the liver transplant surgery for liver cirrhosis. In 2012, 4 brand new nutritional supplements were registered in Kazakhstan, 2 new generation medicines were registered in Georgia in 2016. All preclinical and clinical studies have been carried out.
In the early studies the regenerating drugs showed a positive effect in experiments with several types
of serious viral infections. The drugs is active against RNA and DNA viruses.
In addition to the 7 innovative products produced, we have more than 20 clinically unproven products, among which there are products with significant rejuvenating effects compared to plastic surgery and Botox.
New indications for the use of our regenerating drugs :
In the treatment of lung oncology, the effectiveness of our drugs is about 50%,
In Alzheimer's disease 40%.
We invite you to consider a long-term, honest and mutually beneficial cooperation. 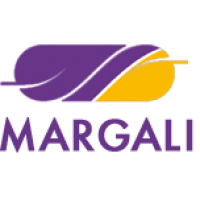 Small and Medium Enterprise from Georgia

Send a request for information
to Rafil