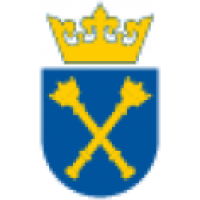 The most common way of wastewater treatment is the biological method using organisms naturally occurring in the aqueous environment. They form an activated sludge, consisting mainly of bacteria, protozoa and metazoa representatives. The most important role in the removal of impurities play a bacteria, including filamentous, which uncontrolled growth leads to commonly occurring phenomenon which is foaming and bulking sludge.This process is one of the most serious operating problems in sewage treatment plants worldwide. Currently used methods of reducing excessive growth of filamentous bacteria consist mainly in dispensing of chemicals (such as synthetic organic polymers and coagulants), and are not always effective. Other disadvantages of chemical methods include the necessity to implement significant changes in the treatment process, the relatively high cost of application, increasing weight of the sediment and the harmful impact on the environment. However, despite numerous studies aimed at developing new ways of eliminating the uncontrolled growth of activated sludge, the optimal method is still required.The solution to this problem may be a biological method of filamentous bacteria growth control with use of Lecane rotifers - naturally occurring organisms in activated sludge that feed on bacteria. The invention may be applied in various types of sewage. Moreover the method allows an analysis of the effectiveness of rotifers in relation to specific deposits.

The method of bulking reduction was already tested in laboratory scale bioreactors and the results were positive. The method is also tested in 10 full scale wastewater treatment plants (WWTPs).  The WWTPs are being monitored continuously and final results will be known by the end of 2016.

Centre for Technology Transfer CITTRU is a part of Jagiellonian University, whose role is to promote university research, to support innovation and to create cooperation with the business. CITTRU main task is to offer the scientific achievements of the Jagiellonian University in the market by providing legal protection, licensing, sale of intellectual property rights, creation of academic business, coordination of company-ordered research projects, etc. Currently promoted technologies are mainly focused on new materials science, chemistry, pharma and medical technology.

The Department of Physical Chemistry (Applied Electrochemical Group LEQA) at the University of Alicante has a high experience and know-how to develop and carry out the removal of pollutants in wastewaters by electrocoagulation (EC). A pilot plant fully equipped with the necessary infrastructure and with ability to treat 100L/h of wastes is available in order to develop the pre-industrial phase and scaling-up of these processes. This technology could be of interest to several industries: chemical, tannery, textile, etc. Innovative aspects of the tecnology: - The EC cell is controlled electrically and have no moving parts, thus requires less maintenance - The EC process avoids uses of chemicals and so there is no problem of neutralizing excess chemicals. - EC produces effluent with less total dissolved solids (TDS) content as compared with chemical treatments.

UCA researchers have developed a new process for the treatment of waste waters by using microalgae, specifically for the removal of nitrogen and phosphorus. This process is based on applying three fundamental findings made by the research group: • Before the microalgae start to grow, they are already consuming nitrogen and phosphorus when cultivated in waste waters. • The microalgae accumulate nutrients internally in such a way that the assimilation of nutrients commences before the growth phase, and at a rate that is considerably faster than the rate during the generation of biomass. • The initial elimination of nutrients prior to the growth of biomass takes place at a similar rate both in darkness and in the presence of light. To exploit this phenomenon, a procedure has been designed in which the two phases take place separately in two reactors: the first phase for elimination of nutrients from the waste water in darkness (known as ‘luxury uptake’) and the second for the growth of biomass under illumination. What this achieves is not only the efficient removal of the nutrients from the waste water but also, by means of a simple change of the mode of operation of the process, nutrients can be eliminated at night using the excess of biomass generated during daylight hours. To implement this advance, the research group has conceived a process for the separation of the biomass from the culture medium in both phases, by means of membrane technologies. The treatment plant can operate with cellular retention times very much longer than the hydraulic residence times. This, in turn, allows the same flow volumes of waste water to be treated in smaller reactors. • It enables waste waters to be treated at night without the need for a luminous phase. This cannot currently be done with the processes that employ existing photosynthetic organisms. • Simplicity of operation and reduction of costs in comparison with conventional technologies. It avoids the production of more solid residues, i.e. sludges, which require disposal. • The use of microalgae allows the treatment of waste waters with high levels of nitrogen and phosphorus but low content of organic matter (a characteristic of the waste waters of steelworks), since autotrophic organisms are involved. Thus the proposed process avoids the need to add organic matter from an external source, as is the case of other biological processes. • With the possibility of generating energy and capturing CO2, the biomass generated in the process represents value added in terms of energy consumption and environmental protection

The catalytic technology allows you to remove high concentrations of COD (40.000-200.000ppm) at atmospheric pressure. All kind of organic compunds are removed (biodegradable and non biodegradable ones). The catalyst life is around 2-3 years. It is an exothermic process, so the energy needed for the process is just for the start up. The process works at 250-350ºC.

The main innovation of the present system is the development of a single method allowing the sequential preparation and automatic quantification of ionic species in water samples employing a commercially available ICP-AES.

Hybrid photocatalysts based on nanoclays for water purification (environment-friendly method of water purification)Electrochemical regeneration of activated carbons versus thermal regenerationMagnetic nanobeads for purification applicationsDevice for easy, quick and nondestructive fouling's evaluation in water treatment systems with membranes in spiral configuration.Innovative process for the removal of persistent organic pollutants present in wastewater streams.

Sign in to Innoget to connect with Centre Technology Transfer CITTRU and other leading innovators and researchers that matter.