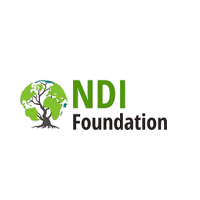 Bacteriorhodopsin (BR) is the newest biotechnological product that will make a revolution in many spheres of life: from medicine to defense. Data on the production of the BR in the world is hidden. From open sources - the only seller (and, possibly, producer) is an American company SIGMA, selling BR for research. We offer developed strain of BR. A method of producing allows to get BR in large quantities to several kg. The strain is certified and stored in special depositories. BR has unique qualities - the main one is - memory. For BR, it was necessary to find a special strain - producer of BR. Just several countries has the strain (USA, Russia, ..), other data hidden. We also developed such an unique strain.

The project offers new assembler, that’s High level assembler and New core of processor’s architecture. The invention is new generation device for signals processing. The proposed assembly language is based on a formulaic recording of mathematical operations, which greatly improves the process of creating programs and their debugging. Program language maximally adapted to the processing of data arrays, tables, etc. Temporary programming costs are reduced repeatedly and commensurate with programming in C, and in some cases even less, and resulted with efficient assembly code. Developed prototype of core DSP implemented and successfully tested. Complete set for work with the processor and software: simulator, compiler, debugger system tests, library routines etc. Prepared patent applications, including patent applications for DSP core architecture and instruction set, as well as some of the functional blocks. The developed core can be a base for a number of circuits intended for different applications. The proposed architecture of the core is not the final possible product. Currently the architecture of the microcontroller and the next version of DSP core with a flexible architecture and programming language are under development.

Our project is the solution for sorting out rechargeable batteries enchanted anode and fuel cells Proton Exchange Membranes (PEM) efficiency issues. We propose to start mass production and sales of the products based on the new technology of Soft Fluorination for Carbon Materials and products derived by this technology. Our product is globally prospective and ready for industrial use. The product is targeted to the following segments of clients: - fuel cells producers - proton exchange membranes (PEM); - energy storage systems - batteries and super-capacitors electrodes; - Super-acid Catalysts for numerous uses; - Fillers for fluorinated resins; - Biologically indifferent sorbents (e.g. for blood purification); - Hydro-isolation of resins adhesion of construction composite materials and pigments. As so far in the fuel still not realized their potential as a cost efficient, environmentally friendly and productive in converting available chemical energy into electric energy.

The non-governmental organization aims to develop knowledge of new technologies and support Ukraine's transition to a technological economy. The Foundation provides the infrastructure for the development of technological entrepreneurship, innovative companies, research in key areas of the economy and attracts talented young people to actively participate in these processes.

About our Innovation Strategy

We are currently seeking best-in-class collaboration partners for our publications listed in the tab Opportunities. We want to invite you to cooperate with us, so please repond to any of the opportunities by submitting one or more proposals. Our team will directly evaluate them and get back to you with a response. Please provide as much detailed non-confidential information as possible to facilitate the engagement process.

President at NDI Foundation from Ukraine

CEO at All Smiles Dental Group from United States

Sign in to Innoget to connect with NDI Foundation and other leading innovators and researchers that matter.