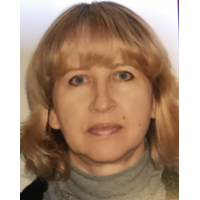 Doctor of Science in Physics and Chemistry of Surface, Head of Laboratory at Chuiko Institute of Surface Chemistry NAS of Ukraine

Doctor of Science in Physis and Chemistry of Surface

“Systematic relationships in the catalytic pyrolysis of natural compounds on the surface of nanosized oxides of groups III and IV elements”.

Ph.D. in Physis and Chemistry of Surface

Kulik, T.; Palianytsia, B.; Larsson, M.
Ketonization is a promising way for upgrading bio-derived carboxylic acids from pyrolysis bio-oils, waste oils, and fats to produce high value-added chemicals and biofuels. Therefore, an understanding of its mechanism can help to carry out the catalytic pyrolysis of biomass more efficiently. Here we show that temperature-programmed desorption mass spectrometry (TPD-MS) together with linear free energy relationships (LFERs) can be used to identify catalytic pyrolysis mechanisms. We report the kinetics of the catalytic pyrolysis of deuterated acetic acid and a reaction series of linear and branched fatty acids into symmetric ketones on the surfaces of ceria-based oxides. A structure–reactivity correlation between Taft’s steric substituent constants Es* and activation energies of ketonization indicates that this reaction is the sterically controlled reaction. Surface D3-n-acetates transform into deuterated acetone isotopomers with different yield, rate, E,, and deuterium kinetic isotope effect (DKIE). The obtained values of inverse DKIE together with the structure–reactivity
correlation support a concerted mechanism over ceria-based catalysts. These results demonstrate that analysis of Taft’s correlations and using simple equation for estimation of DKIE from TPD-MS data are promising approaches for the study of catalytic pyrolysis mechanisms on a semi-quantitative level.

Use of TPD-MS and Linear Free Energy Relationships for Assessing the Reactivity of Aliphatic Carboxylic Acids on a Silica Surface. J. Phys. Chem. C, 2012, 116, 570–580.

T.V. Kulik,
The interaction of acetic, propionic, butyric, isobutyric, valeric, nonanoic, decanoic, and pivalic acids with the surface of fumed silica
was investigated by temperature-programmed desorption mass spectrometry (TPDMS). Mechanisms of the formation of ketenes
from chemisorbed fragments of carboxylic acids on the surface of fumed silica were proposed and the kinetic parameters of the
reaction were calculated. The Taft correlation equation and the reaction parameter F could be obtained by application of the linear
free energy relationship (LFER) principle for this reaction series. The applicability of the LFER method to the study of reactions of
adsorbed organic molecules on mineral surfaces occurring during TPDMS experiments was demonstrated using a series of acids.

6. K.Kulyk B.Palianytsia, J.D.Alexander, L.Azizova, M.Borysenko, M.Kartel, M.Larsson, T.Kulik
Valeric acid is an important renewable platform chemical that can be produced efficiently from lignocellulosic biomass. Upgrading of valeric acid by catalytic pyrolysis has the potential to produce value added biofuels and chemicals on an industrial scale. Understanding the different mechanisms involved in the thermal transformations of valeric acid on the surface of nanometer-sized oxides is important for the development of efficient heterogeneously catalyzed pyrolytic conversion techniques. In this work, the thermal decomposition of valeric acid on the surface of nanoscale SiO2, g-Al2O3, CeO2/SiO2, Al2O3/SiO2 and TiO2/SiO2 has been investigated by temperature-programmed desorption mass spectrometry (TPD MS). Fourier transform infrared spectroscopy (FTIR) has also been used to investigate the structure of valeric acid complexes on the oxide surfaces. Two main products of pyrolytic conversion were observed to be formed depending on the nano-catalyst used—dibutylketone and propylketene. Mechanisms of ketene and ketone formation from chemisorbed fragments of valeric acid are proposed and the kinetic parameters of the corresponding reactions were calculated. It was found that the activation energy of ketenization decreases in the order SiO2> gAl2O3>TiO2/SiO2>Al2O3/SiO2, and the activation energy of ketonization decreases in the order g-Al2O3>CeO2/SiO2. anooxide CeO2/SiO2 was found to selectively catalyze the ketonization reaction.

Nastasiienko, N., Kulik, T., Palianytsia, B., Laskin, J., Cherniavska, T., Kartel, M. and Larsson, M.,
Understanding the mechanisms of thermal transformations of model lignin compounds (MLC) over nanoscale catalysts is important for improving the technologic processes occurring in the pyrolytic conversion of lignocellulose biomass into biofuels and value-added chemicals. Herein, we investigate catalytic pyrolysis of MLC (pyrocatechol (P), guaiacol (G), ferulic (FA), and vanillic acids (VA)) over nanoceria using FT-IR spectroscopy, temperature-programmed desorption mass spectrometry (TPD MS), and thermogravimetric analysis (DTG/DTA/TG). FT-IR spectroscopic studies indicate that the active groups of aromatic rings of P, G, VA, and FA as well as carboxylate groups of VA and FA are involved in the interaction with nanoceria surface. We explore the general transformation mechanisms of different surface complexes and identify their decomposition products. We demonstrate that decomposition of carboxylate acid complexes occurs by decarboxylation. When FA is used as a precursor, this reaction generates 4-vinylguaiacol. Complexes of VA and FA formed through both active groups of the aromatic ring and decompose on the CeO2 surface to generate hydroxybenzene. The formation of alkylated products accompanies catalytic pyrolysis of acids due to processes of transalkylation on the surface.

Tetiana Kulik didn't publish any New and Article yet

You are signed out 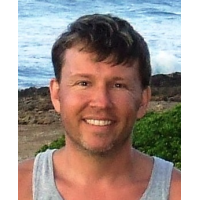 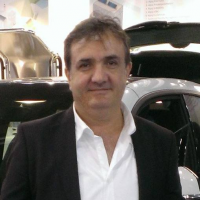 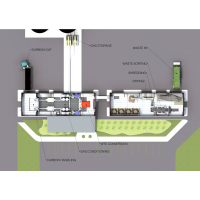 Connect with Tetiana Kulik
to see their opportunities on Innoget

Connect with Tetiana Kulik
to see who you know in common