Open Innovation and Multiparty Cooperation in Biotechnology and Pharmaceuticals: Alternative Measures in Times of Public Emergency

---
This article was originally published on April 20, 2020, by HERDEM Attorneys at Law on the digital media lexology.com. The article has been replicated on Innoget's Innovation Blog by Innoget's Editorial Staff for information purposes.
---

The race for finding a cure for COVID-19 continues, as more research centers, private enterprises and universities around the globe concentrate on finding an antiviral or vaccine against the virus or providing new solutions for medical equipment manufacturing. Extraordinary times require extraordinary measures and one of those methods is compulsory licensing of patented inventions to avoid patent infringement claims in the aftermath. When a compulsory license is initiated, it will undermine the licensor’s will to contract, if certain conditions are met by law. In Turkey, one of the legal conditions for compulsory licensing is “public health and national security”, which is prescribed in Turkish Industrial Property Law Act (SMK) Art .130 (referred as “public good”) and Art. 132 (in this case “public health” and “national security”), which complies with the European Patent Convention. While efficient for the short term necessities, on the long run, compulsory licensing may adversely affect innovation and undermine the R&D and administrative costs prior to patent application. Nevertheless, state aid is also provided for the R&D initiatives in Turkey (mostly by Scientific and Technological Research Council of Turkey (TÜBİTAK) projects), like other examples from Europe, via direct funding to R&D, tax exemptions for private enterprises and similar means to subsidize the costs. However, an upcoming economic stagnation may prevent further support of the governments to the industries. Similar shortcomings from the pharmaceutical industry are lengthy process of drug discovery and access to patented medical inventions. Since commercialization, delivery to the market and administrative regulations already take time to find a cure to a novel disease, an additional 1-2 years of drug discovery and patent filing will prolong the race against time. This is because, during the time of the patent filing, the invented formula or method for cure cannot be disclosed not published before the official patent disclosure date. 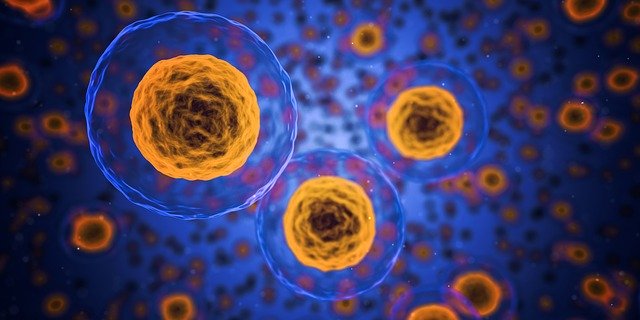 Due to its high administrative, maintenance costs, intellectual property rights (IPR) increase the price of products and diminish their social impact because they are not as widespread as they would be if they were in the public domain. Additionally multiple patents on similar inventions often lead to IPR fragmentation (also described as a “patent thicket”) leading to further negative impact on social welfare. On the contrary, in open innovation there is no social loss from the IPR and the only disadvantage to this system would be the initial incentive to conduct innovation in the first place. While incentives to innovate are higher in the proprietary system, the shortcomings mentioned above may pose inherent risks to social welfare in dire times.

Open source is characterized by three elements: Credible commitment, competition and, optionally, copyleft. For credible commitment, a technology must be protected by IP or other proprietary rights and distributed on terms by legally enforceable means. Open source is based on IP because protection is needed in order to ensure adherence to the terms of license. A technology that is made available under the open source model is not in the public domain. The license is the legally enforceable promise of the licensor, not to interfere with others freedom to use, improve or circulate the technology or lock them in another web of IP.

To enable open access, putting the works in public domain, or intellectual property protection by offering to the permissive license (permissive licenses allows the copying and redistribution of the work) to public is needed. Works that require some sort of registration to be subject to protection – such as patentable scientific research – will be more difficult to distribute through an open license, as there are several steps that are required to be able to distribute it as. However, science may have more to offer when it is a collective effort, and the use of copyleft licenses could ensure that collective efforts will remain accessible to the public at large. Perhaps the biggest impetus for the growth of open source in the pharmaceuticals and biotechnologies will be cost savings. R&D is a domain often criticized for its rising costs and it would make sense to supplement some of the scientific work in an open source forum, financing of the open source R&D, contrary to classical R&D funding, rely on donations. The need for cheap, reliable research and development methods specifically geared towards rare and tropical diseases has yet to be addressed by Western pharmaceutical and biotechnology firms, due to insufficient returns. Therefore, tropical diseases can be a huge area of focus for open source R&D.

Openness in open biotechnology projects is achieved by deliberately renouncing IP protection (by stopping to pay for patent renewal fees) or by willingly sharing IP entitlements through the design of formal rules of contract. The problem with biotechnology patenting, in crisis management, is the constant fear of litigation from patent holders by research institutes. The inherent risk of patent misuse hinders R&D collaboration and decision making. The idea behind open biotechnology is to produce results and protect them by using non-proprietary licenses. The research would be made available to the public online with an attached license that allows further uses of the material but forbids the commercialization of the research by threatening to enforce the intellectual property rights that protect them. This ensures developing countries to have access to high-technology in the area of biotechnology, but it would also allow them to protect their own technology from misappropriation through bio piracy patents.

In pharmaceutical sector, similar concerns over the lack of resources for tropical and rare diseases prompted some pharmaceutical companies to enter into collaboration and research agreements with academic institutions to be able to research and develop medicines, which would normally be unfavorable for in-house R&D due to limited returns. The open health model might also be a way to address market niches that cannot support blockbuster inventions. The model is not a substitute, “but a way to leverage capabilities to tackle unmet medical needs, such as the diseases of poverty, orphan diseases and niche market.” The funding of collaborative projects can be provided via increased government funding, in the shape of credit or research grants for researchers that release their work to the public domain; and the creation of R&D investment funds that use stock market investment to produce funds. This will encourage participants of the collaboration and research agreements to opt-in for open licensing.

The benefits for open licensing of a project result may be from complimentary or secondary products marketing and first-mover advantage in the market. Unrestricted exchange of research outputs can be improved upon by the community, creating a Bazaar-like environment. Additionally, works for public good are considered good publicity and reputation for both firms and research institutes alike, creating new dividends for the future. Such dividends may derive from the publications, future venture funding or shares in a start-up company. With the benefits stated above, comes inherent risks of the open licensing philosophy. First of all, the model has been in use in the software and related industries (open source software licensing) that is not yet seasoned in the scientific research. Secondly, a significant risk of a backlash from commercial and proprietary developers can be expected, via patent infringement claims, if proper prior art analysis is not conducted before allowing open access to research outputs. Thirdly, there is a lack of licenses at present to protect scientific research using the open license philosophy for inventions, which could result in the creation of a copyright-only common space.

A second alternative IPR exploitation mechanism would be patent pooling. Patent pools turn exclusive patent rights into commodity shared assets. The pool creates an agreement between two or more patent owners to license one or more of their patents to one another, and to license them as a package to third parties willing to pay royalties associated with the license. The licensing agreements can be administrated directly by licensors or by a specific administration set by the pool. This mechanism provides institutionalized exchange of patented knowledge and know-how and may facilitate further innovations and effective use of resources. However, exchange of sensitive business information may also violate competition law, which is a main consideration when setting patent pools in every industry. For trade secret protection, additional measures may be required to prevent loss of secrecy for R&D, depending on the value of trade secret to patented inventions.

In a patent pooling licensing agreement, the participants would be provided free or low-cost access to the pooled technologies and fair distribution of licensing fees. Participants can win respective blocking positions by bringing their technologies together, while granting each other access, thereby overcoming the impasse of these “blocking patents”, as a vital step for maintaining and fostering innovation, which strengthens economic and social wealth. The rationale for such collaborative arrangements is to enable freedom to operate in a given technology and reduce the negotiation period for third party licensees, in which transaction costs may be lowered and technology transfers facilitated.

The previous SARS outbreak in 2002 is a good example of active scientific collaboration in isolating and containing global outbreaks. The grounds for a conflict arose following the contextual accreditation to two different research groups for respectively discovering the SARS genome independently from each other. Besides, raising the likelihood of disputes about the respective IP legal boundaries even more, several of the contributing laboratories also filed patent applications embedding SARS genomic sequence data. Ultimately, additional patent filings led to IPR fragmentation incorporating the SARS genomic sequence between different research groups. The requirement for legal intervention for claims between conflicting parties, in general, can adversely affect the development of essential antivirals and vaccines. In this case the World Health Organization intervened by setting up a SARS consultation group to identify the relevant parties owning the essential patents and their stakeholders. By placing these patent rights in a pool for non-exclusive licensing, collaborative IP mechanisms were established to safeguard the public health and eventually wider access to medicine with the development of vaccines and antivirals. The next step in the cooperation reached, through the signing of letters of intent, would send a powerful signal to potential licensees, i.e. technology implementers that patent holders intend to make their IPR available at reasonable, standard rates, reducing IP risks and in turn encouraging earlier investments in the patented technology in the field of product development. The patent pool during the SARS outbreak set a precedent for encouraging future collaborative R&D agreements and dissemination of key technologies to fight against outbreaks in life sciences industry. Given the potential net effects of patent pools to public health, other industries with similar public and legal concerns during extraordinary times may follow a similar path in near future.