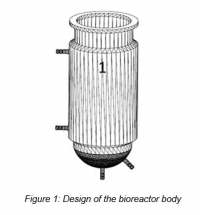 The Plant Proteomics and Functional Genomics research group at the University of Alicante has designed and manufactured a bubble column-type bioreactor to carry out the culture of cell a cell suspension of any type of plant in aseptic conditions. Its novel design allows to recover the culture medium, to replace it with another medium, and to reuse the remaining biomass for a next culture operation. This novel bioreactor is characterized by its low cost and because it allows a homogenous and efficient aeration, and the correct agitation of the culture. We look for companies interested in licensing this technology for commercial exploitation. 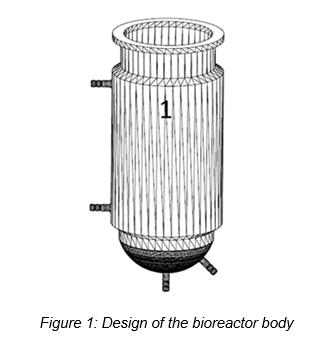 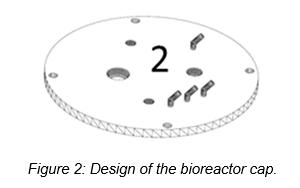 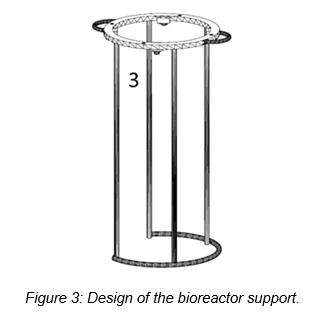 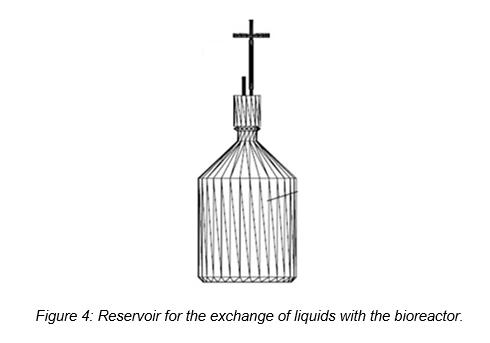 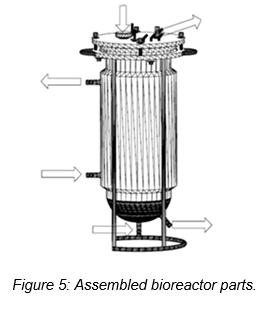 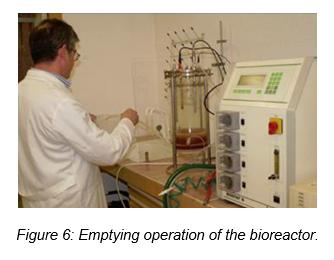 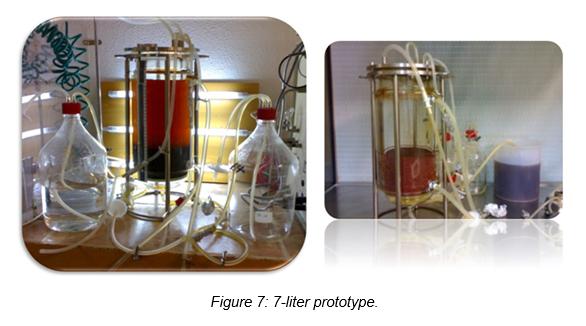 The present invention solves the technical problems described above as its novel design allows the optimal plant cell culture, thus overcoming the limitations in both biomass and bioactive compounds production in which the exchange of the culture medium is required.

This invention relates to a novel bioreactor that allows for the growth of a plant cell suspension under aseptic conditions in a liquid medium whose composition fulfills the nutritional and physiological requirements of the cells under appropriate physicochemical conditions.

The bioreactor is composed of the following three parts to be assembled and sterilized (Figure 5):

The air flow may enter through the base of the body to aerate the culture, or through the cap to vacate the liquid into an empty reservoir. The air line can also be reconfigured so that the medium contained in a filled reservoir entering through the base can be pushed up by pressure to the bioreactor.

The operation of the bioreactor can be summarized as:

In addition, it is possible to culture plant cells in "fed batch" mode from a pre-culture in situ. After batch cultivation, the nutrient-depleted medium is displaced to an empty reservoir. The biomass remains in the bioreactor, which is then filled with fresh medium rich in nutrients to continue the cell growth as described in point 5 above for the "batch" mode. This operation can be repeated as many times as desired. When the last cycle ends, the culture is recovered as described in point 6 above.

Some examples of plant cell culture are described below using the bioreactor described herein (7-liter prototype):

Example 1: Culture of a Vitis vinifera cell suspension in batch mode è the culture temperature was held constant at 24°C and aeration was adjusted between 0.3 and 0.6 l.l-1.min-1. The culture reached the stationary phase after 28 days, achieving a 7-fold increase of the initial biomass.

INNOVATIVE ASPECTS AND ADVANTAGES OF THE TECHNOLOGY

This novel bioreactor has the following advantages over today's commercially available stirred tank or airlift bioreactors of similar size:

A 7-liter prototype (Figure 7) has been designed and built for the laboratory scale tests that have been carried out. In its construction, re-usable materials (glass and metal) have been used. The following table shows the characteristics of oxygen transfer and mixing time at different aeration volumes.

After carrying out a cost analysis, it has been concluded that the commercial production of trans-resveratrol using Vitis vinifera cell cultures with this 7-liter prototype, is around 500 €/kg.

The present invention is framed in the field of Biotechnology. In particular, it refers to a bioreactor to carry out, under aseptic conditions, plant cells culture in suspension with the aim of obtaining biomass or metabolites or both with commercial interest for the following sectors:

We look for companies interested in licensing this invention for commercial exploitation through: