The research group “Physics of condensed matter” of the University of Alicante has developed a new solid state laser (OSL) where the active compound comprises carbon-bridged oligo(p-phenylenevinylene) (COPV). The main adv 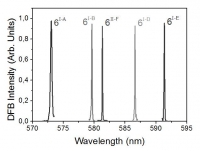 The research group “Physics of condensed matter” of the University of Alicante has developed a new solid state laser (OSL) where the active compound comprises carbon-bridged oligo(p-phenylenevinylene) (COPV). The main advantages of this technology are photostability, miscibility, processable in thin layers and effective for laser generation at different wavelengths. It can be used in the following industrial sectors: Spectroscopy, biosensors, chemical sensors and optical communications. The research group is looking for companies interested in acquiring this invention or adapting it to their requirements.

COPVs are new organic dyes with which impediments like photostability, solubility, efficiency and processability in thin layers are largely eliminated, making them unique in many ways among known laser organic systems: 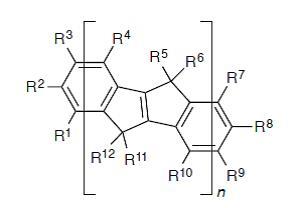 An example of these compounds are the COPVn oligomers (where n is a number between 1-6). See Figure 2.

The laser system developed consists of a device with distributed feedback (DFB), where a thin film, containing COPV is set over a substrate. This substrate is usually composed of glass, melt silica, SiO2 or a  polymeric film.

Over this substrate, a solid film is deposited (it can be higher but typical range for thickness could be 0.5-1 µm). This layer is a thermoplastic polymeric material where the COPV has been previously dispersed. A layer of COPV without being dispersed on the thermoplastic polymeric material can also be used. Additionally, an active photosensible layer can also be added (photoresist material).

(Figure 4) Following figure shows the emission spectra of DFB lasers in which the active film is made of PS and a COPVn compound, for n = 1 to 6: 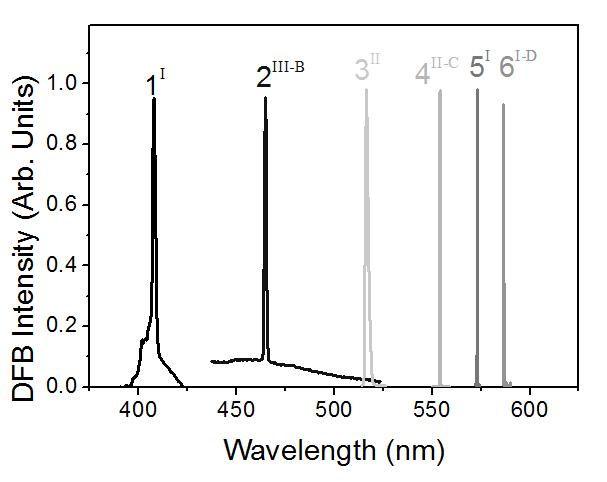 (Figura 5) This figure shows the emission spectra of various DFB lasers based on PS films containing COPV6, aiming to illustrate the capability of tuning the emission wavelength for a given COPV derivative, by changing the device active film thickness or the grating period: 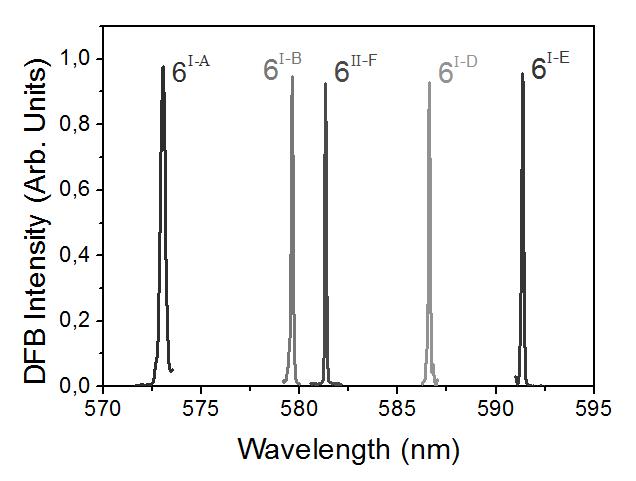 This technology is protected by the following patent application:

Companies looking for technologies in order to commercially introduce or develop this product are sought. Cooperation sought: